Details of the timetable for the closure of the Ford Bridgend engine plant have been revealed.

The car-maker announced last June it would close its south Wales factory with the loss of 1,700 jobs.

A taskforce set up to to help employees and the community met on Monday and has set out three distinct regeneration projects.

About 350 workers have already gone, with more set to leave from the beginning of March.

Production of the Dragon engine stops at the end of February, leading to 150 workers leaving.

Another 300 will go at the end of July when the last Sigma engine is made, leaving 800 on site until the plant closes in September.

“The Ford site remains operational until September, and it is only then when we will begin to see the real impacts of the closure on the ground,” said Economy Minister Ken Skates.

“Investment in the area will provide opportunities for future generations, and people entering the workforce, to replace the opportunities previously offered by Ford.”

He described Ineos Automotive as a “magnet company” after it announced it would create a 300,000 sq ft site adjacent to the Ford plant.

The factory will initially employ 200 people, but this figure could rise to 500. 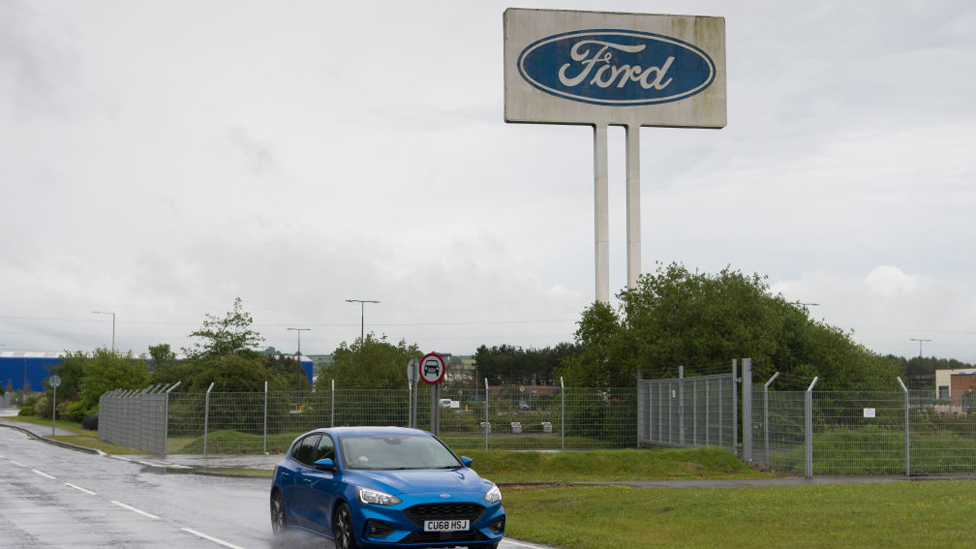 What is happening to the workers?

Ahead of the meeting, the taskforce – made up of politicians, and community and business leaders – said 350 Ford workers had either found new jobs or decided not to continue in the workforce.

Ford Taskforce chairman Prof Richard Parry-Jones – a former vice president and head of global research and development with the motor company – said they had a “very good picture” of future uses for the site, with more than 20 inquiries.

But he would prefer for a single new owner to come in.

“It’s a highly-skilled, technical workforce, it’s a very suitable plant for manufacturing, so aerospace, energy and automotive are all being looked at,” he told BBC Wales.

The taskforce is to get £100,000 to carry out feasibility studies on three regeneration projects:

This is a difficult time for the car industry.

Chancellor Sajid Javid said this weekend that the UK will not be closely aligned with EU regulations after Brexit.

That brought a backlash from the car industry which said it would cost billions and damage UK manufacturing and consumer choice.

On top of this uncertainty, car sales have been disappointing and the move from diesel to electric vehicles hasn’t gone smoothly.

Ineos will also be taking on hundreds of workers producing its new vehicle at its site next to the Ford plant in Bridgend.

But the Ford taskforce is also looking at whether workers and companies in the supply chain can move into other expanding sectors including rail and aerospace.

Mr Skates said there was significant work still to do but he recognised the commitment from Ford to the taskforce.

“We now have concrete plans in place to ensure south Wales’ reputation as a place of industrial excellence in manufacturing and technology is maintained and expanded,” he added.

Aug 6, 2020
We use cookies to ensure that we give you the best experience on our website. If you continue to use this site we will assume that you are happy with it.OkNo