Photo courtesy of AEWYou never know what you’re going to get when you unleash a professional wrestler’s creative energy—mostly because it’s rarely been tried. For years wrestling has been an industry of copycats, artists doing “Let me tell you something, brother” promos and formulaic cookie-cutter matches because once, sometimes before they were born, someone else… 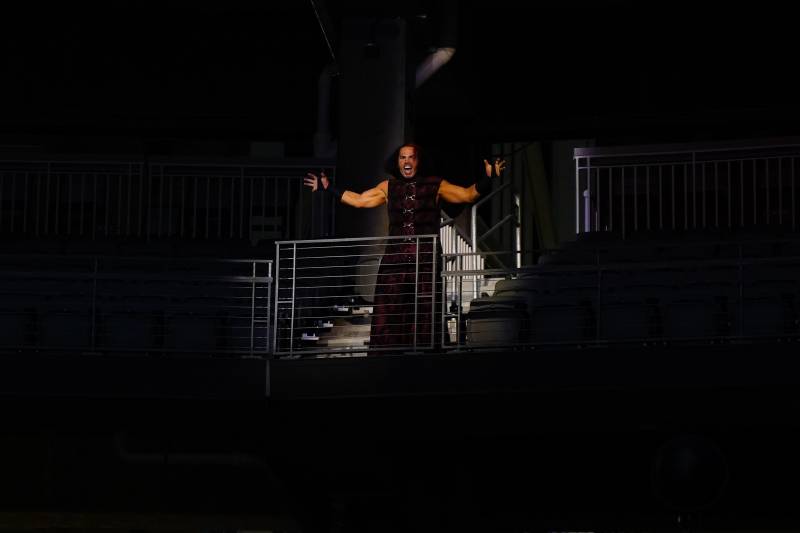 You never know what you’re going to get when you unleash a professional wrestler’s creative energy—mostly because it’s rarely been tried. For years wrestling has been an industry of copycats, artists doing “Let me tell you something, brother” promos and formulaic cookie-cutter matches because once, sometimes before they were born, someone else had made those things work.

Any ideas that deviated from the norm were quickly, often brutally, squashed.

If you watched Matt Hardy teleport to the ring to confront Chris Jericho Wednesday night on Dynamite, you probably have a pretty good idea that AEW is not that kind of professional wrestling promotion. Under the leadership of owner Tony Khan, it’s an organization that encourages flights of fancy. AEW asks the talent not to slavishly recite a script they can barely tolerate but instead to create something compelling that reflects the person they look at each time they stare into a mirror.

It’s how you end up with a Jon Moxley, free from a character he despised playing in WWE, as a tough, eyepatch-wearing champion. It’s how Brodie Lee can go from a bit player in one cult to a leader in a very different one in the blink of an eye. And it’s how Matt Hardy, the former teen heartthrob tag team innovator, can find himself standing in the ring across from the most compelling star in the sport calling him “the hole of an ass” while the wrestling universe wonders just what in the world it’s watching.

Whatever Hardy vs. Jericho was, it was compelling above all else, from Jericho’s initial confrontation with a flying drone to his extended argument with Hardy, to the way the promotion seamlessly reconnected the wackiness to the existing Elite vs. Inner Circle storyline. Love it or hate it, you can’t help but admire the way the talent of AEW is empowered to own the material it performs.

The wrestlers who have left WWE for this new upstart rival have unburdened themselves from both the expectations that come with being a WWE Superstar and the strict hierarchy where most were firmly slotted in the corporate structure with little hope of ever advancing beyond their perceived place in the world. In this brave new world, you can stake a claim, whether you’re Darby Allin, fresh from the independent scene, or Dustin Rhodes, reinventing yourself after years underneath a layer of gold paint.

It’s an atmosphere that breeds enthusiasm, first in the wrestlers and then in the fans they are cultivating. It’s so much fun to watch a wrestling show created by people who are passionate about every aspect of the performance, who are having fun, not battling backstage forces in a fight no one ever seems to win.

When Hardy tried to explain to Jericho that Daily’s Place in Jacksonville, Florida, wasn’t actually empty, that it contained the essence of thousands of fans, I understood exactly what he meant. Fans weren’t physically present in the arena—but we’ve left our hearts there, even as our vessels are safe at home. That’s the kind of feeling this freedom has inspired, the wrestler’s joy giving rise to a fandom as positive as any I’ve ever seen in pro wrestling.

I’m fully aware that many people rushed to their computers to decry the Hardy-Jericho confrontation. It was, above all else, profoundly weird, especially if you’ve never been exposed to this bizarre character that Hardy began in Impact Wrestling with little more than a riding lawn mower, a dilapidated boat and a dream.

It’s that dream, and others like it, that make this show special, whether you loved it or not. The freedom to take chances, to bet on yourself, to fully occupy a character of your own choosing—that’s a dream for many former WWE talent, especially those who have felt trapped in a very regimented system.

Eventually, one of these ex-WWE stars is going to come in with a vision or a concept and will fall directly on their face. That’s the potential cost of freedom, the risk that comes with taking chances.

It’s a risk that, so far, is paying off for AEW and all the wrestlers who call it home.

Nasal Breathing: Reasons Why It’s Good For You

More than 1.8 million US coronavirus cases have been recorded, including at least 107,000 deaths

Scenes from peaceful protests around US