Xinhua/ Getty US bond markets touched a record investment level of $22.5 billion over one week, the Financial Times said on Friday. The level of cash infusion into bond markets and extrange-traded-funds was the highest since 2007. Bond markets seem to be attracting investors despite carrying higher risk compared to the safe haven money markets… 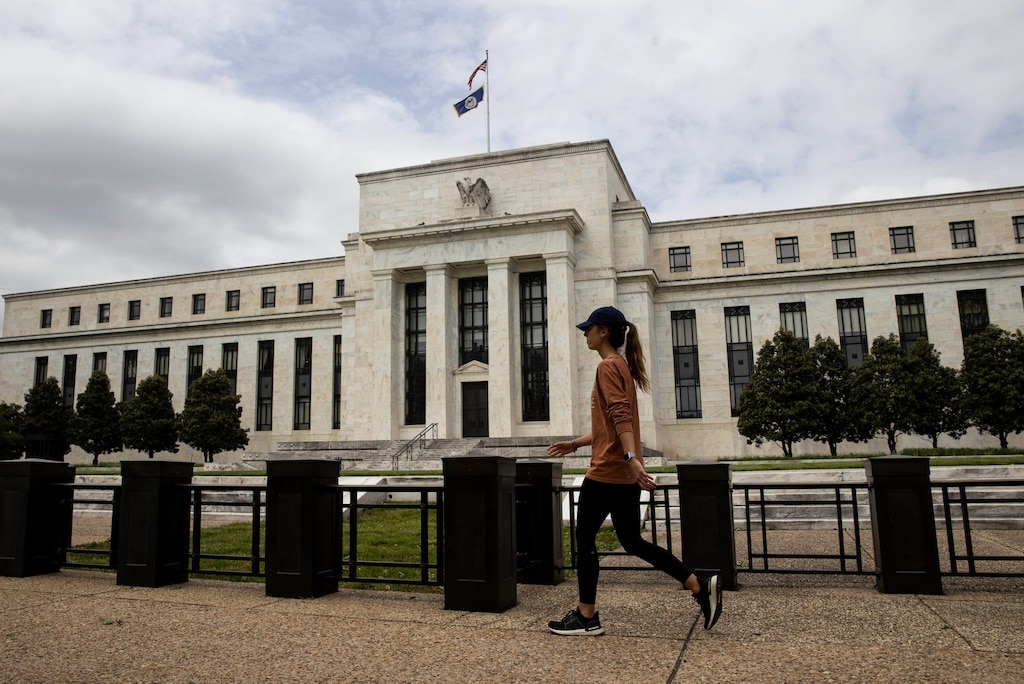 The US bond fund market saw inflows of a record $22.5 billion in the week of April 27 to May 3 as investors shifted out of safer money markets to the riskier long-term option, the Financial Times reported.

Volume expansion into US bond mutual and exchange-traded-funds — securities traded on stock exchanges — was the highest since 2007, FT said, citing data from EPFR.

Junk bond funds, which are high-risk and high-return, saw inflows of $8.5 billion, the newspaper reported.

The massive influx into bond funds can be explained by money market funds losing $36 billion in the same week, the FT said, citing data by the Investment Company Institute.

Read More: ‘The system is not built to look after us’: A former political consultant who retired at 38 shares her simple ‘nonbudget’ approach to mastering and growing wealth

Outflows from money markets were largely from those funds that invest only in government debt, the FT said, and $7 billion flowed into funds invested in short-dated corporate debt.

After the Federal Reserve pushed its key-interest rate to near-zero levels, money market funds have been slashing or waiving their fees as investors risk losing money simply by investing in them.

The Fed, as part of its widespread relief plan, began to purchase exchange-traded-funds invested in corporate debt in mid-May. A separate facility will allow for direct purchases of corporate bonds “in the near future.”

This week, Amazon raised $10 billion in corporate debt markets by securing an interest rate of only 0.4%, the lowest rate for any bond in US corporate history.

Read More: The head of BlackRock’s $2 trillion ETF-investing business told us the 3 biggest growth opportunities on his radar — and explained how to start taking advantage of them now