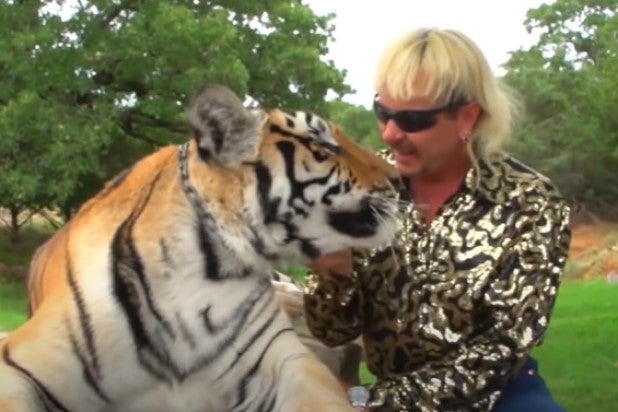 The zoo at the center of the “Tiger King” Netflix docuseries was searched by Oklahoma authorities Friday night after an investigation by The Travel Channel’s “Ghost Adventures” team led them to believe there were human remains on-site.

“‘Ghost Adventures’ has been filming at the Greater Wynnewood Exotic Animal Park for an upcoming episode of the series. Cadaver dogs were brought in as part of the team’s ghost investigation and did pick up a scent, which is currently being investigated further,” a spokesperson from The Travel Channel told TheWrap.

Jeff Lowe, who operates the zoo, told KOCO 5 that the dogs honed in on an alligator pit on the property, prompting the trainers to be certain that human remains were nearby. Oklahoma State Bureau of Investigation and Garvin County Sheriff Jim Mullett were called to the scene, and authorities began digging.

The sheriff considered the matter closed after they found no sign of human remains, although some small animal bones were uncovered. A source told TMZ that zoo operator and convicted felon Joe Exotic has said that the ashes of four people have been buried on the property as a memorial.

“Tiger King” star Carole Baskin’s husband Don Lewis, has been missing since 1997. Baskin has assumed his estate, which has been valued to be worth an estimated $10 million, according to Fox News. Lewis’ family was cut out of the will, and though his body was never found, he was considered legally dead in 2002.

In the third episode of “Tiger King,” Joe Exotic accuses Baskin of killing Lewis and feeding his body to the big cats at her wildlife rescue in Tampa. Baskin has previously denied having any involvement in her husband’s death.

The paranormal investigation by “Ghost Adventures” is on pause but will proceed in time.

Decade in Review: “The Grand Bizarre” and “Cameraperson” rank among the highlights of the decade

Facts are so often stranger than fiction: The truth can be so terrible that we struggle to believe it, or so joyous and full of life that we’re inspired or moved. The past decade has seen a boom in the documentary space as streaming platforms have invested in their production and proliferated their distribution opportunities. So many docs that could have made this list, from those that have inspired public policy changes to others that captured gorgeous slices of life often overlooked, and even a few that pushed the visual boundaries of what’s possible in non-fiction storytelling. Here are a handful of the best documentaries from the previous decade:

How to help the USPS — and why it matters

How to help the USPS — and why it matters

Aug 15, 2020
We use cookies to ensure that we give you the best experience on our website. If you continue to use this site we will assume that you are happy with it.OkNo