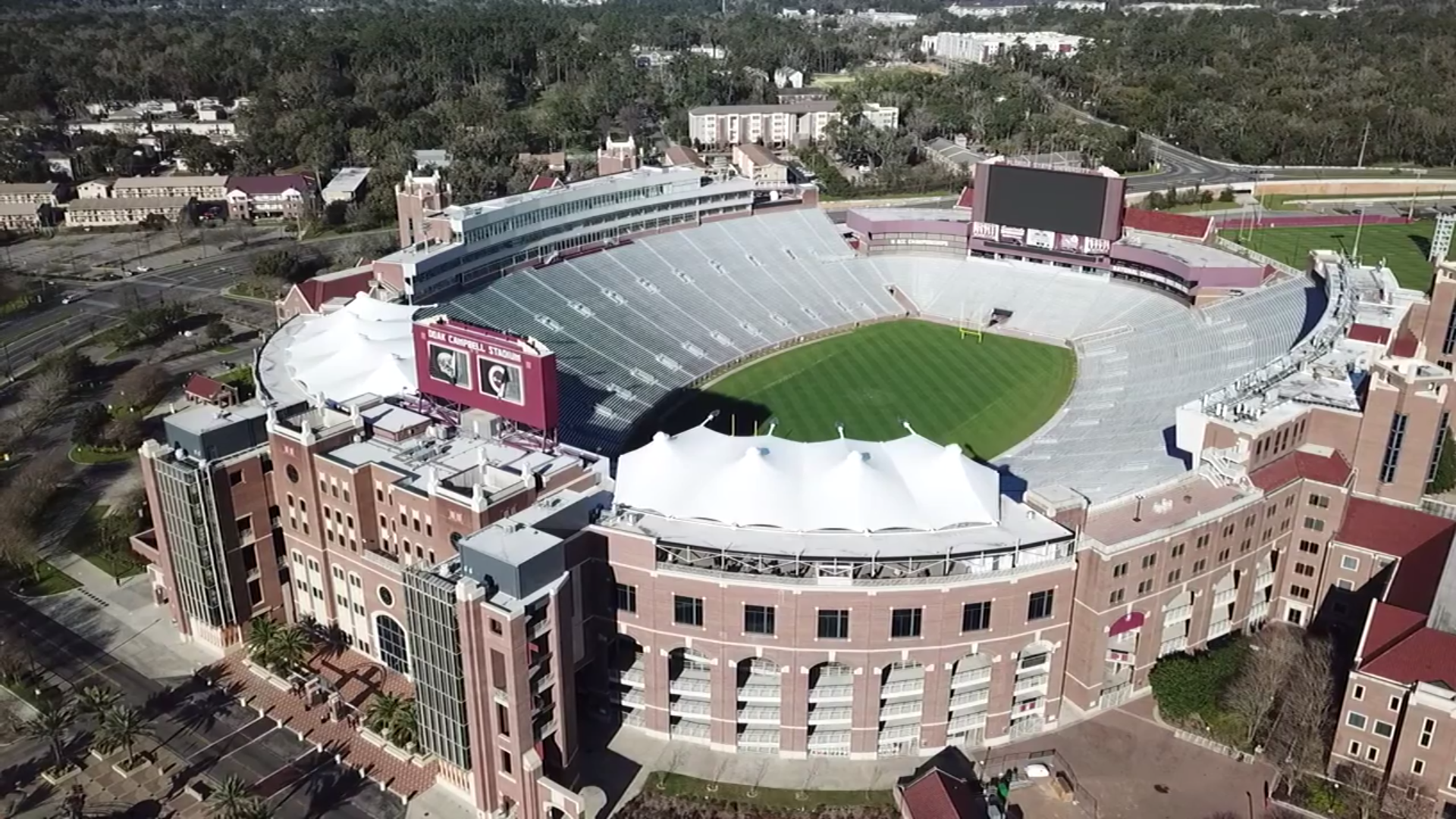 On Saturday, Florida State welcomed Georgia Tech to the Doak Campbell Stadium for the first game of the new season, but only let fans in at a limited capacity, in order to allow social distancing.

Only 17,538 fans were allowed in the arena that holds 79,850 on Saturday, but social media users criticised the enforcement of coronavirus guidelines, after images spread of multiple attendees not wearing face coverings, according to USA Today.

Twitter user @english_shamar tweeted: “Judging by the number of people that I see in the stands at the Florida State game without masks, they’re sending a clear message that they don’t really want the college football season to continue.”

User @BCgenius added: “Perhaps someone could remind the Florida State students at the football game to put their masks on. You know. The pandemic? Yeah. That. #FSU.”

In response to the criticism, Florida State athletic director David Coburn released a statement in which he criticised those in attendance not wearing face masks or social distancing.

“We were disappointed with some fans, particularly some student fans, at the Georgia Tech football game who did not comply with our policies regarding social distancing and wearing masks while in their seats,” he said.

“There was ample room for all fans to remain safely distanced. We have three weeks until our next home game, and we will re-double our efforts to both inform our patrons and improve compliance with the new rules,” Mr Coburn added.

The athletic director confirmed that fans were distanced six feet apart, “vertically, horizontally and diagonally”, and that masks were required to enter the stadium.

The images coincided with a clip that spread on social media of a large gathering of students not wearing masks at an apartment complex before the game.

A clip spread on Twitter that appeared to be taken from a Snapchat post, which showed people wearing FSU branded clothing at a large gathering in Tallahassee, Florida, according to NBC News.

They reported that the clip has been viewed more than one million times, and it drew criticism from state representative Anna V Eskamani.

The Democratic representative tweeted: “Students — you are not immune to #Covid19.”

Similar images that appeared to be from the University of Kansas also spread online, and seemingly showed large gatherings of students at house parties in Lawrence, Kansas.

A majority of the students did not appear to be wearing face masks, as they gathered just a few minutes from the university’s arena, the David Booth Kansas Memorial Stadium.

Florida has struggled with the pandemic and in July reached a peak of more than 15,000 daily cases, before the number of positive tests fell along with the rest of the US.

The state recorded just 2,423 new cases and eight fatalities on Sunday, as Kansas, which has fared better with the pandemic, suffered four positive tests and zero fatalities.

According to Johns Hopkins University some 6.5m people have now tested positive for coronavirus in the US and the death toll has reached 194,367.

Nvidia's $40B deal for Arm could affect Apple