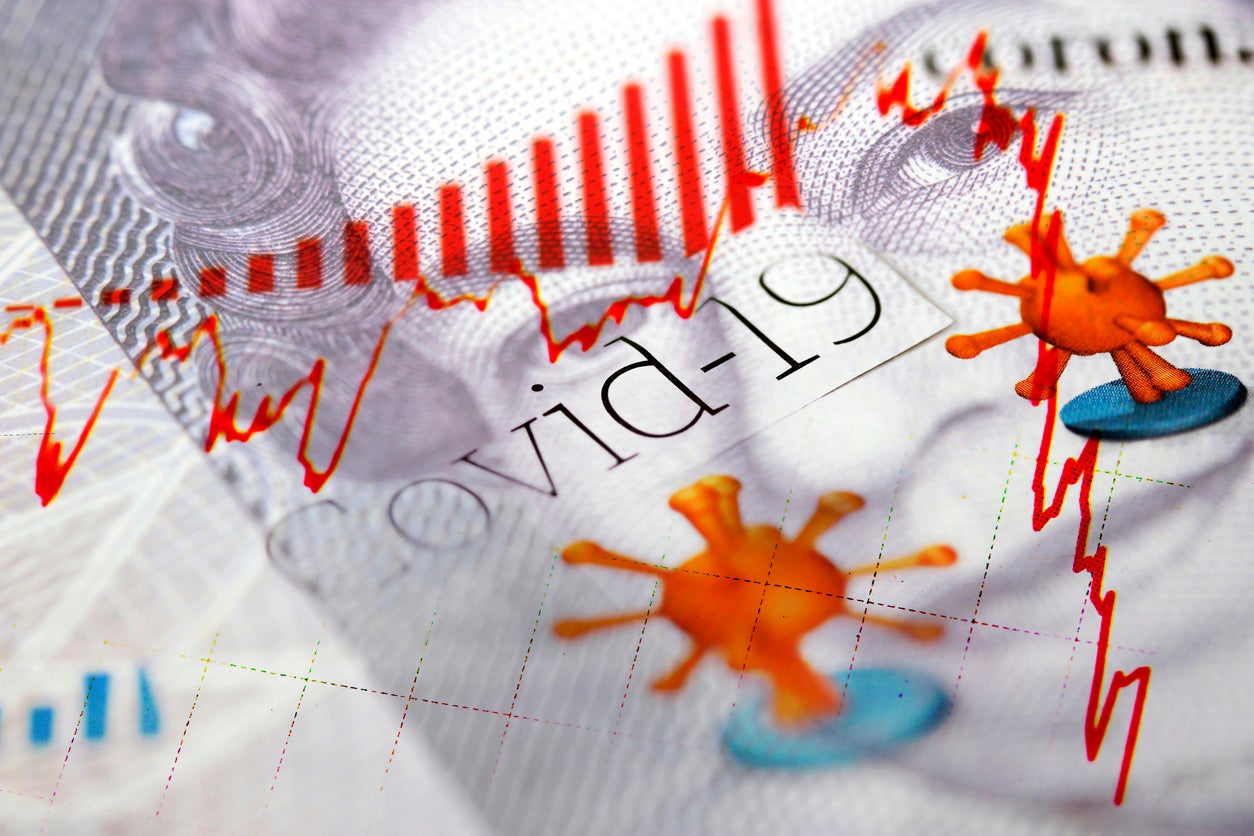 UK households faced months of financial difficulty as a result of the pandemic before emergency payments arrived, a major study has found.

Using real-time bank account data to determine whose incomes have fared best from the government’s Covid-19 support package, the Institute for Fiscal Studies (IFS) found that non-payment of bills peaked and household spending plummeted across the board before emergency cash got through.

The effect was particularly severe among the self-employed and those who started claiming universal credit in response to the pandemic.

The nation is now bracing itself for a second wave of infection just as the furlough scheme ends.

The study found new universal credit (UC) claimants have seen an average fall in net income of around 40 per cent during the crisis, even taking into account their UC payments.

New UC recipients endure a notorious five-week wait for their first payment, which caused widespread financial hardship before the pandemic hit. Despite the availability of optional ‘advances’ to help cover this spell, households experience periods of lower income before getting any support.

But households with a furloughed employee lost only around 13 per cent of their income. Those receiving support from the Self-Employment Income Support Scheme (SEISS) lost just 4 per cent.

Around two millions individuals with some self-employment income have received no support for any income losses.

“Once the cash arrived, these programmes have provided huge amounts of protection, though to differing extents,” says Isaac Delestre, a research economist at the IFS.

“But the long-standing controversy over the infamous five-week wait to receive universal credit rightly identifies that the timing of payment is also very important.

“While those who were furloughed generally experienced no gap between income falls and income support, many universal credit and SEISS recipients had one or two months between the loss in income and the receipt of their support.

“For many recipients, this seems to have been a tough period, with significant falls in spending and a rise in the non-payment of bills compared with other households.”

As the UK squares up to a fresh wave of infections, more than a third of adults report being worse off financially due to the last lockdown. And 1.3 million people are extremely concerned about their financial future, according to separate figures from credit reference agency Equifax.

Focusing specifically on furloughed workers, the survey found 1 in 10 workers say they will never recover from the impact of Covid-19.

Lisa Hardstaff, credit information specialist at Equinox, added: “For those on furlough, the fear of redundancy once the scheme comes to an end is very real. And even for those who don’t believe they will be made redundant; a quarter believe their employer will ask them to reduce their salary in the immediate future once they return to work.”

But inevitably the data also highlights how varied the impact of the first lockdown really was. In London, for example, where a quarter of furloughed workers expect to be made redundant, residents felt the financial impact particularly keenly after almost half took home a reduced salary during lockdown.

“Everyone has been affected differently during this crisis,” adds Hardstaff.  “More than half said they were able to put aside more money into their savings compared with pre-lockdown. And nearly a quarter said they actually feel better off.  In contrast, 18 per cent admitted they were behind on regular payments with no ‘payment holiday’ in place.”

Payment holidays have been a critical part of the emergency Covid strategy, with 2 million mortgage payment deferrals alone granted since the scheme came into effect in late March, according to trade body UK Finance.

This week, the Financial Conduct Authority confirmed that consumers may take a first or second three-month payment deferral on their mortgage until 31 October.

The regulator has also outlined further tailored support lenders can offer customers after this date, both for those who continue to face financial difficulties and those whose situation may be newly affected by coronavirus after the current guidance ends.

“At some point, we may need to reintroduce income protection schemes,” warns Mubin Haq, chief executive of Standard Life Foundation.

“Although many were supported, lessons can be learned. Millions were excluded or only partially protected, and payment delays have caused financial misery. The pandemic has highlighted the need for a comprehensive income protection package that has the flexibility to adapt to labour market conditions.”

Even without the widely expected second wave and the inevitable economic and household impact that will inflict, over a third of the UK population already believe it will take them up to 12 months to recover from the first wave.

Another third said they think it will take between 13 to 24 months to get back on a solid financial footing.

A-levels: Exams could be delayed by three weeks next year, according to reports

A-levels: Exams could be delayed by three weeks next year, according to reports