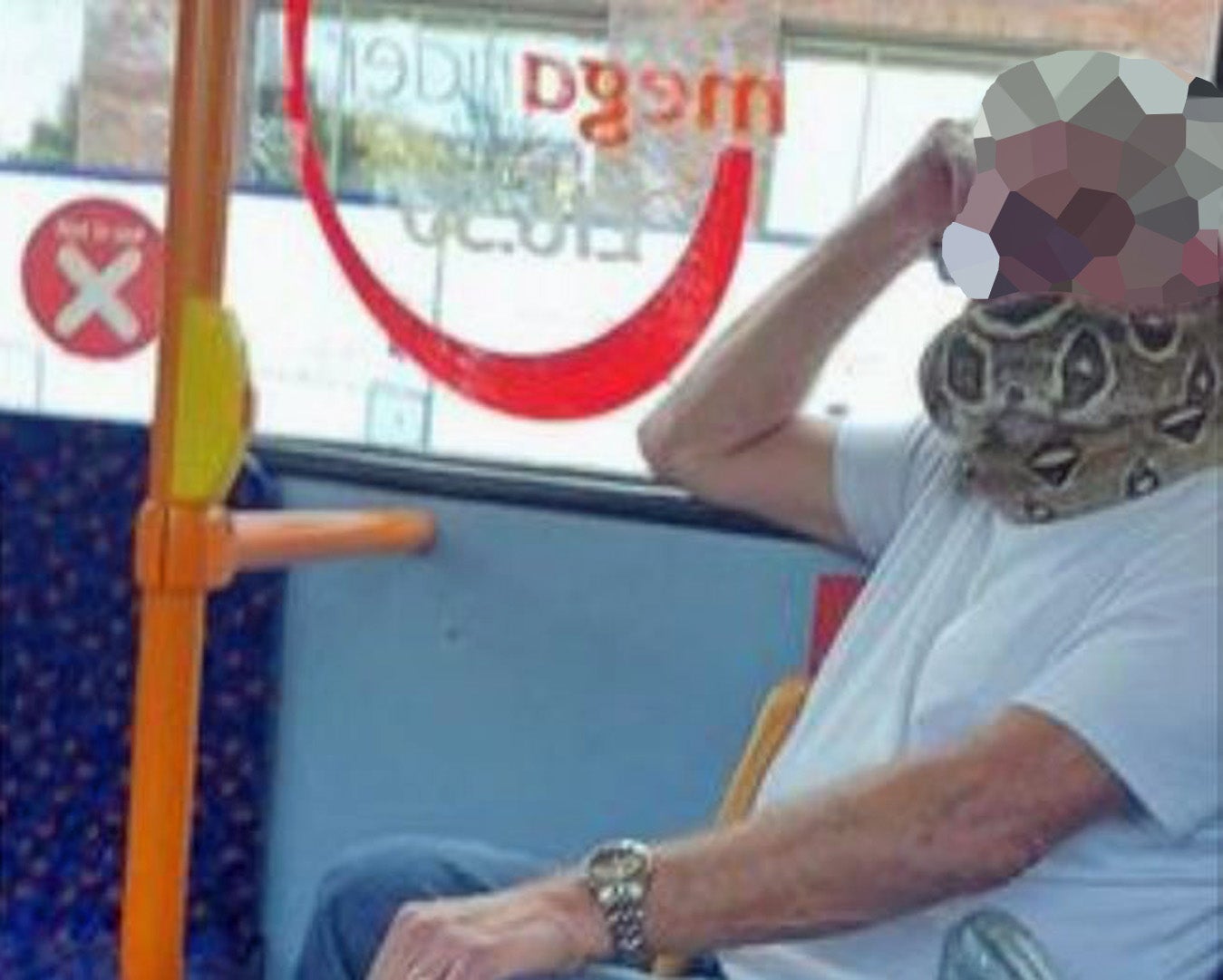 A commuter has been spotted using a snake as a face mask on a Manchester bus.

The man boarded the Swinton bus at Salford on Monday with the reptile wrapped around his neck and mouth, in what appeared to be a satirising of coronavirus restrictions.

One passenger said she initially thought the man was wearing a “funky mask” before she spotted it slithering over the hand rails.

She said she found the incident “really funny” and that the animal did not seem to be bothering any of her fellow passengers, saying: “No-one batted an eyelid”.

Pictures showed the man was not wearing a mask under the snake.

Authorities said they did not consider snakes to be a valid face covering.

“Government guidance clearly states that this needn’t be a surgical mask, and that passengers can make their own or wear something suitable, such as a scarf or bandana,” said a Transport for Greater Manchester spokesperson.

“While there is a small degree of interpretation that can be applied to this, we do not believe it extends to the use of snakeskin – especially when still attached to the snake.”

Using a face covering on public transport is mandatory, except for those who are exempt for reasons of age, health or disability.