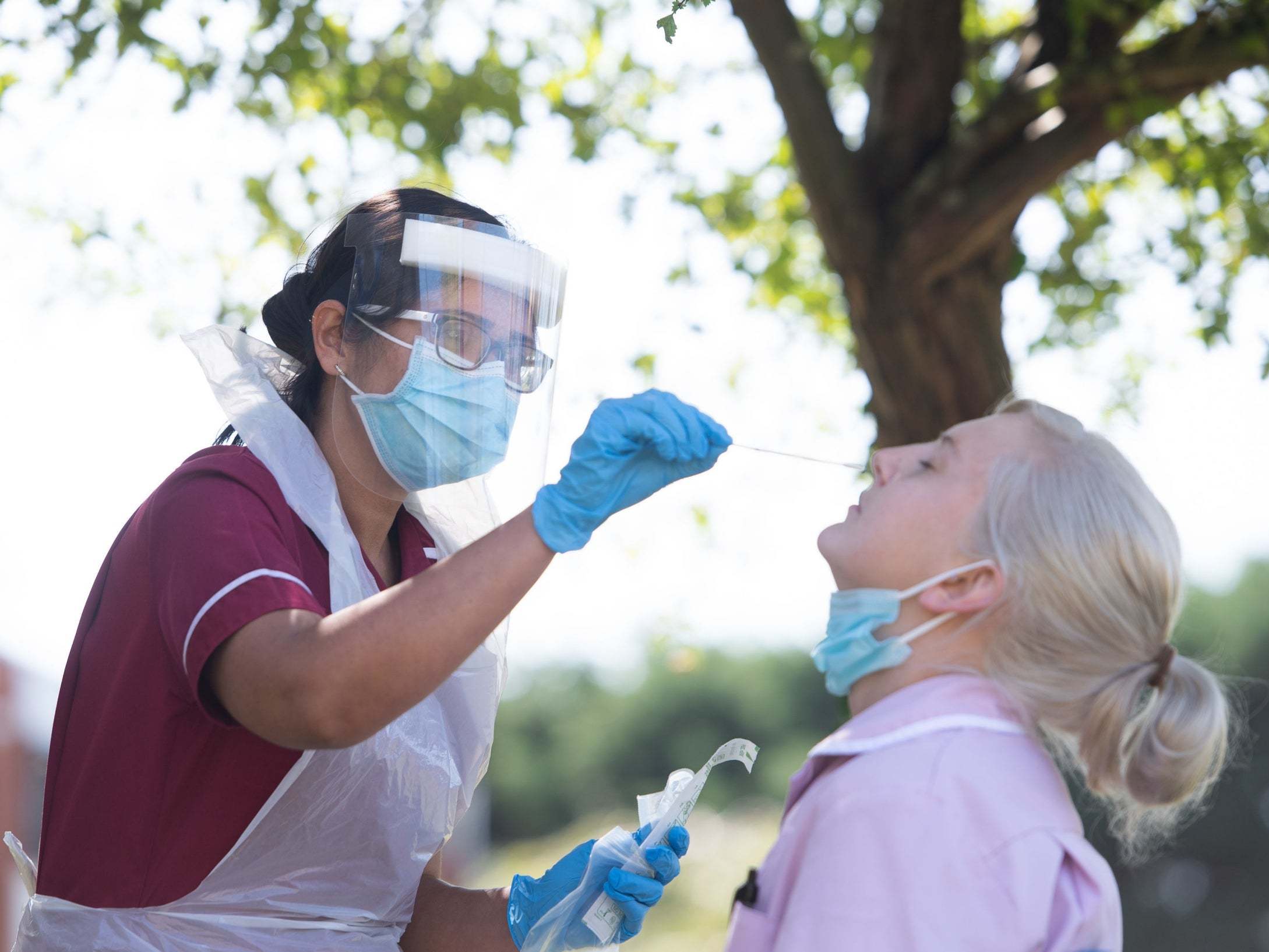 Ministers have been urged to call upon university and research laboratories from across the UK to tackle the shortage of coronavirus tests as criticism mounts over testing failures.

Sir Paul Nurse, director of London’s Francis Crick Institute, said there was a network of universities and research bodies “ready and able” to help deliver extra testing alongside the government’s centralised Lighthouse laboratories.

Matt Hancock, the health secretary, said on Tuesday that demand for tests was outstripping supply and the government would introduce prioritisation for those most in need.

He was forced to accept the problems would take weeks to resolve.

Sir Paul, whose lab at the Francis Crick Institute has been supporting the local University College London Hospitals Trust since the start of the pandemic, said a localised approach was a route to solving the problems.

He told The Independent: “The UK has a strong network of universities and research institutes ready and able to assist with coronavirus testing.

He added: “In April, scientists at the Crick recognised the need for reliable testing for healthcare workers and quickly set up local testing partnerships. Since then, we have been processing thousands of tests a week for staff and patients from many London hospitals, care homes, the London Ambulance Service, mental health trusts and community providers.

“We also shared our processes and made recommendations to Downing Street and Matt Hancock at that time so that this could be replicated throughout the country, to provide much-needed support for the large centralised Lighthouse labs, which were going to need time to get running effectively.

“Testing is our strongest defence against a second wave of this virus, and we must learn from the challenges the UK Lighthouse labs have faced during the pandemic. Now is the time to mobilise smaller labs and deliver the testing capacity needed at local levels.”

Complaints have been mounting over the lack of tests, with examples including one patient offered a test in Scotland, 435 miles away from their home in Bournemouth.

In other cases, surgeons have been forced to cancel planned operations for patients because they cannot get a test, with other NHS staff reporting delays of more than a week.

Allan Wilson, president of the Institute of Biomedical Science, told The Independent it was time “the shroud of secrecy” was lifted from the Lighthouse laboratories, which had been set up with a “flawed model”.

He said it was now time for the NHS and Lighthouse labs to work better together rather than in a “two test” system that had been set up back in April.

“The issue seems to be that there has been a drop in capacity in the Lighthouse labs and that appears to be linked to a loss of staff, particularly their experienced staff.”

He said NHS labs were already being asked to pick up some testing in care homes and the community, but he warned, despite having “increased Covid capacity by quite an impressive level”, the labs are “now also seeing work in hospitals returning to normal – so we are seeing the demand for blood and urine tests, for example”.

“The Lighthouse labs are UK government labs. It’s time to end the lack of transparency and to allow access to the labs so we can work together and generate the capacity between the both of us.”

Earlier this month, Boris Johnson wrote to universities asking for “urgent support” to help tackle expected challenges with testing capacity. This included a request for experienced staff to be seconded to the Lighthouse labs for up to 12 months. The prime minister said there was a need for 400 staff across the five labs.

Professor Brendan Wren, from the London School of Hygiene and Tropical Medicine, said: “It seems that there are several bottlenecks in the testing procedures. These are not being made publicly available so we can only speculate that these may be limited materials for the testing process, capacity and procedural issues.

“This needs to be addressed urgently and if it is capacity then university labs should be more widely employed.”

Some NHS hospitals are offering tests for their staff and local care home residents rather than sending people to the centralised privately run system, or pillar two of the government’s testing response.

Layla McCay, a director at the NHS Confederation (which represents 500 healthcare organisations), said it was right that testing was prioritised, adding: “First in the queue should be NHS and care home staff as well as their dependents. Keeping these key workers home waiting for a test when they could be out delivering essential care is counterproductive.

“We seem light years away from the world-beating test-and-trace system that we were promised. Every week we wait for these problems to be resolved is a week of some NHS staff not being able to go to work, and a week that makes it harder to identify and contain Covid-19 surges.

“The problem is that the government once again risks over-promising and under-delivering, which in turn undermines public confidence at the point when it is so desperately needed.”

The mayor of Hackney, Philip Glanville, has written to the health secretary after “hundreds of … residents who needed a coronavirus test were turned away from the two testing centres” in the area.

In Stamford Hill, where there has been a surge in cases, the mayor said there were just 84 tests available on Sunday with 97 people turned away.

He said testing staff had been told the sites were not allowing walk-ins, adding staff on the ground “refused to engage” with council officers to resolve the issues.

'I am your wife': Husband found partner in wildfires, but didn't recognise her through her burns

Coronavirus: Students ‘scared and confused’ as university halls locked down by security guards ‘without warning’

Coronavirus: Government to give 11,000 iPads to care homes so residents can speak to families

Hubbard, No. 15 Oklahoma State, escape with another victory