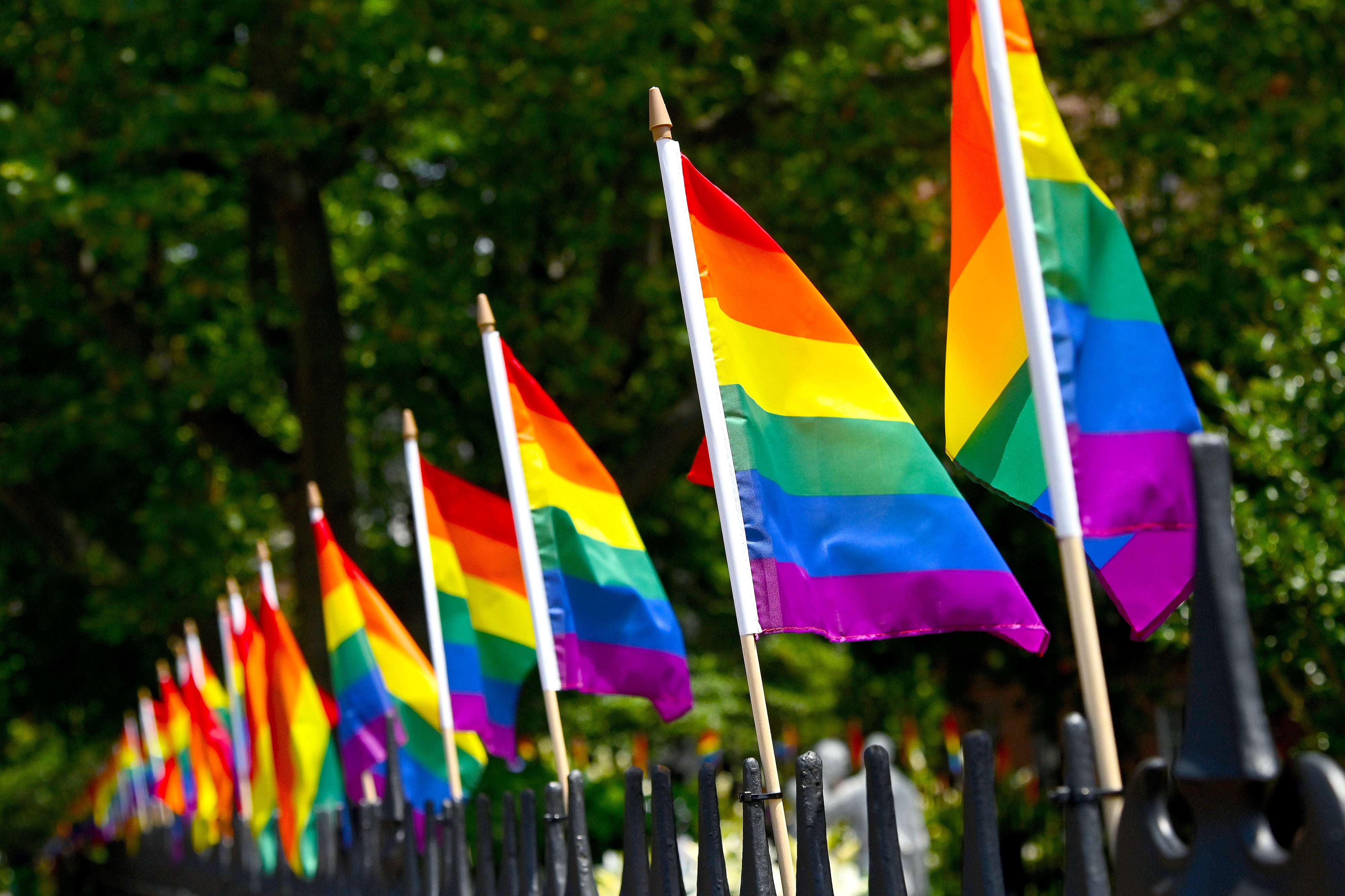 A council member in North Dakota reminded residents that she is the state’s first “openly elected lesbian” in an impassioned speech, after several of them made homophobic remarks about a Pride flag being flown at Minot City Hall.

Carrie Evans, who became the first ever openly lesbian elected official in North Dakota in June when she joined the Minot City Council, made the speech on 8 September in a City Hall meeting about the decision to fly the flag.

Before the meeting, several residents complained about the decision by Minot mayor Shaun Sipma to fly a rainbow flag to commemorate Pride Month, which is taking place in September in the US this year instead of the planned June, due to the coronavirus pandemic.

The controversy prompted the council to hire extra security for last week’s meeting at the City Hall to discuss the decision.

At the meeting, several local residents made bigoted comments, and one man claimed that flying the flag could lead to paedophiles being “glorified” in the city, while another said he would be “embarrassed” to explain what it represents to his children, according to NBC News.

After several residents made homophobic remarks about the decision, a speaker complained that the councilwoman was looking irritated.

This comment prompted Ms Evans to defend the mayor’s decision and explain to the residents why flying the flag is important.

“Mr Walker, if you’re not aware, and I think a lot of people in this room are not aware and have come here just because this is a gay issue, I am proudly the first openly elected lesbian in North Dakota,” she said to the speaker.

“So that is why I’m not paying any heed to your crap,” Ms Evans added.

“I live in Minot. I am a taxpayer. I am a person. I get to see myself represented on that flagpole,” the councilwoman said in reference to the City Hall flying numerous other flags throughout the year, including one for Juneteenth to celebrate the emancipation of black people enslaved in the US.

Ms Evans added: “This city is big enough for all of us. Me having a flag flying doesn’t take away anything from your rights and freedoms.

“I’m sorry it doesn’t make you feel comfortable, but we’re here, we’re queer, and we’re not going away.”

Emmy Awards 2020: Who will win and who should win

Sweden spared surge of virus cases but many questions remain

Emmy Awards 2020: Who will win and who should win

Sweden spared surge of virus cases but many questions remain

'It was only yesterday talks got underway!' - Grealish admits Villa stay was 50-50