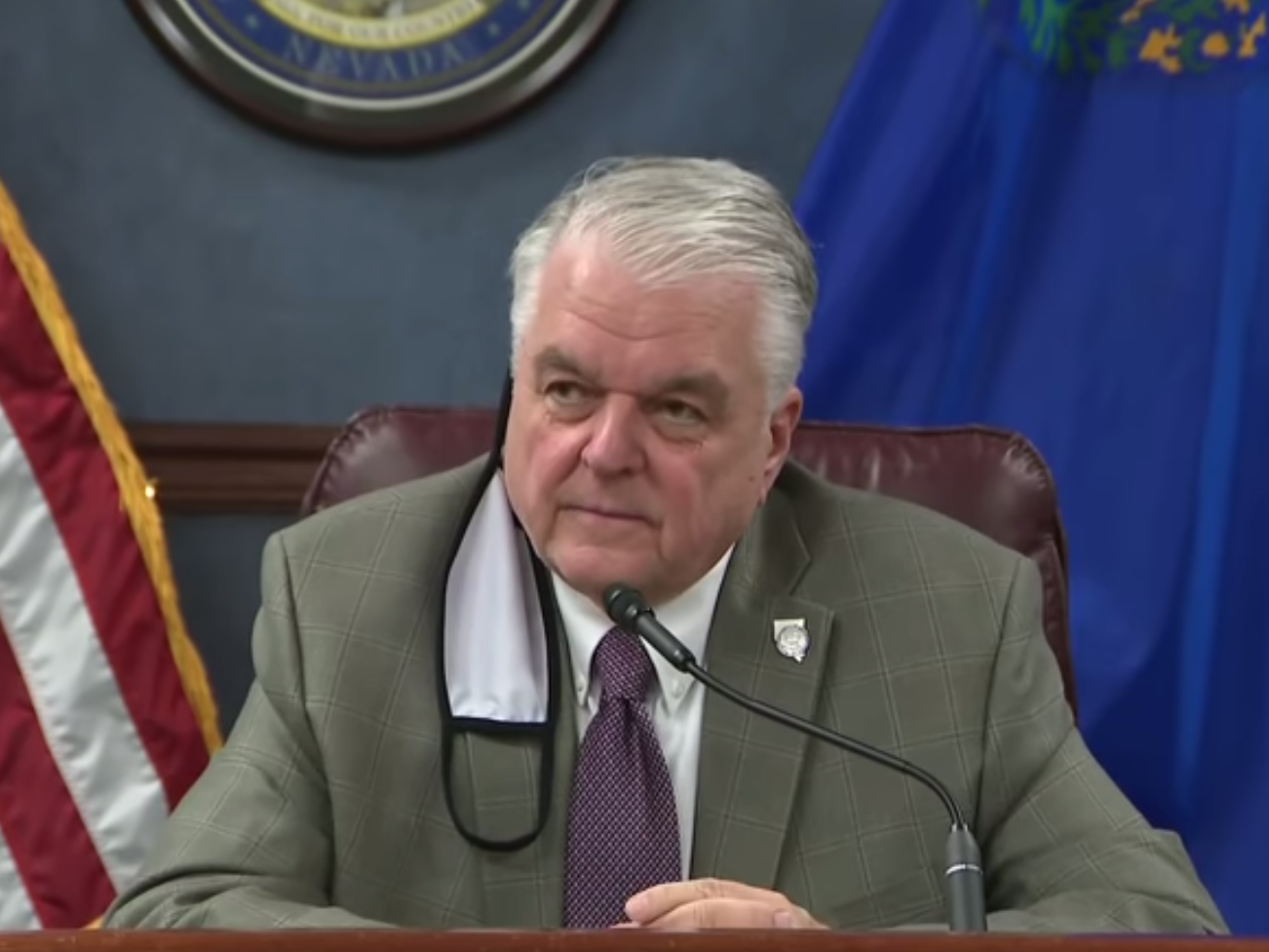 Donald Trump on Tuesday slammed Nevada’s Democratic governor over an indoor weekend campaign rally he held in the state, saying he preferred a second outdoor event but Steve Sisolak “forced us inside” even amid the state government’s own coronavirus restrictions.

“It wasn’t our fault. … We had four or five outdoor sites” for the second weekend rally in Nevada, Mr Trump alleged on Fox & Friends, saying the Sisolak administration “rejected” each one and forced his campaign to select “a very big building” to help with Covid-19 worries.

“Every place we had was a big open site,” the president alleged, calling each one “perfect” amid the pandemic. “I would have preferred to have been outside. This is what we’re up against. It’s a disgrace.”

The president claimed Sisolak administration officials “followed” his campaign team from possible site to possible site, contending they were dead set on rejecting each outdoor venue.

The Trump campaign hosted supporters at rallies in the state on Saturday and Sunday nights. The former was held at a regional airport near Reno and the latter was indoors in Henderson. Television coverage and pool reporters traveling with the president showed that most rally-goers were not wearing masks and were not social distanced at either event.

Mr Sisolak called the selection of the indoor facility “selfish” and “reckless.”

The Sunday event was Mr Trump’s first indoor campaign event since June, when a Tulsa, Oklahoma, arena was only half-filled amid Covid-19 worries. He also attended a large indoor event on Monday in Phoenix, the capital city of swing state Arizona.

While the “Latinos for Trump” event was not a rally, it felt and sounded like one.

Roundtable participants, mostly small business owners and officials, lavished Mr Trump with praise and several told him “I love you.”

The rowdy crowd chanted “four more years!” and “we love you!” throughout.

While no one at the Arizona Grand Resort was socially distanced and pool reporters said few were masked, the president was positioned at the center of the dais, several feet from any of the other roundtable speakers.

Two Ryanair planes in near miss after controllers’ error