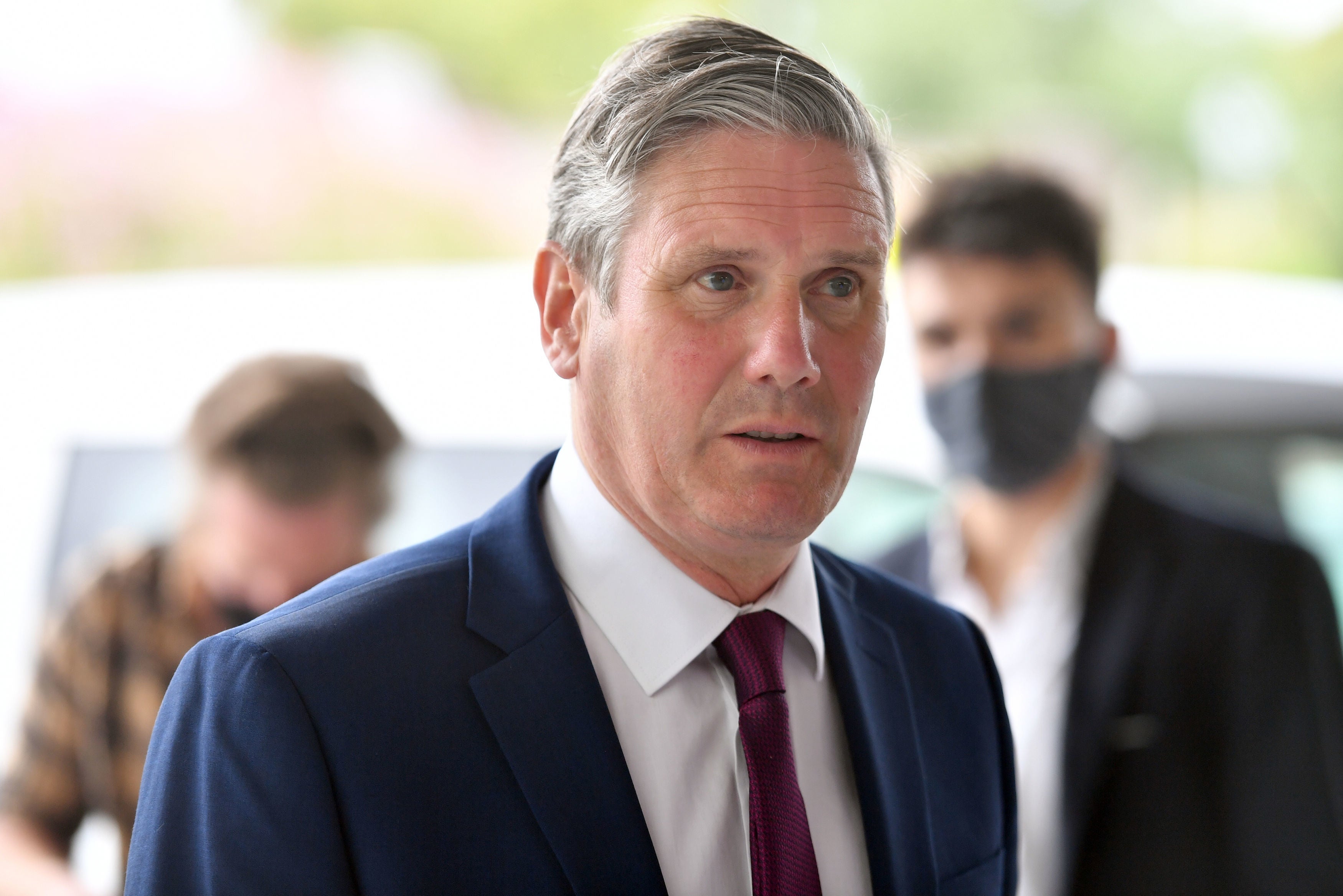 Sir Keir Starmer has said that his family was able to access a coronavirus test on Monday only because his wife works in the NHS.

The Labour leader is self-isolating after a member of his family showed symptoms of Covid-19 yesterday morning.

But the symptoms appeared amid shortages of tests across the country, with reports that at times on Monday no tests of any kind were available in the 10 areas with the highest infection rates.

Speaking to the TUC congress via video link from a spare room in his London home, Sir Keir revealed that he only got a test arranged because of his wife’s job.

He branded the situation “completely unacceptable” and said it was the fault of Boris Johnson’s government, who should not be allowed to pass the blame on to public servants or excessive demand from members of the public.

Starmer said: “People shouldn’t have to traipse halfway around the country in search of a Covid test when they’re sick. “Yesterday, my family were able to get a test quickly when we needed one, but only because my wife works in the NHS in a hospital that provides tests for staff and their families.

“For thousands of people across the country, it’s a very different story.

“After six months of this pandemic, that’s completely unacceptable.

“And whatever Boris Johnson and Matt Hancock might say, it’s not the British people that are to blame for these mistakes. It is not the civil servants, care home workers or a mutant algorithm.

Sir Keir said that the prime minister had failed to use the summer to “get the basics right, a testing system that works, an effective track and trace system”.

He took a swipe at the PM’s boosterist rhetoric, which has seen Johnson promise a “world-beating” app which is yet to materialise and a “moonshot” testing system able to process millions of people a day. , the Labour leader said: “We don’t need world-beating, we need effective – a plan to protect care homes this winter and an exam system that parents and young people can trust”.

“We don’t need world-beating,” said Starmer.  “We need effective – a plan to protect care homes this winter and an exam system that parents and young people can trust”.

He said: “The prime minister has failed on every count as infection rates rise and our testing system collapses, what are your priorities these last few weeks? Reopening old wounds on Brexit, trashing Britain’s reputation abroad and making it harder for us to get the trade deal we all want.

“So my message to the prime minister is simple. Get your priorities right, get on with defeating this virus and get the Brexit deal you promised.”