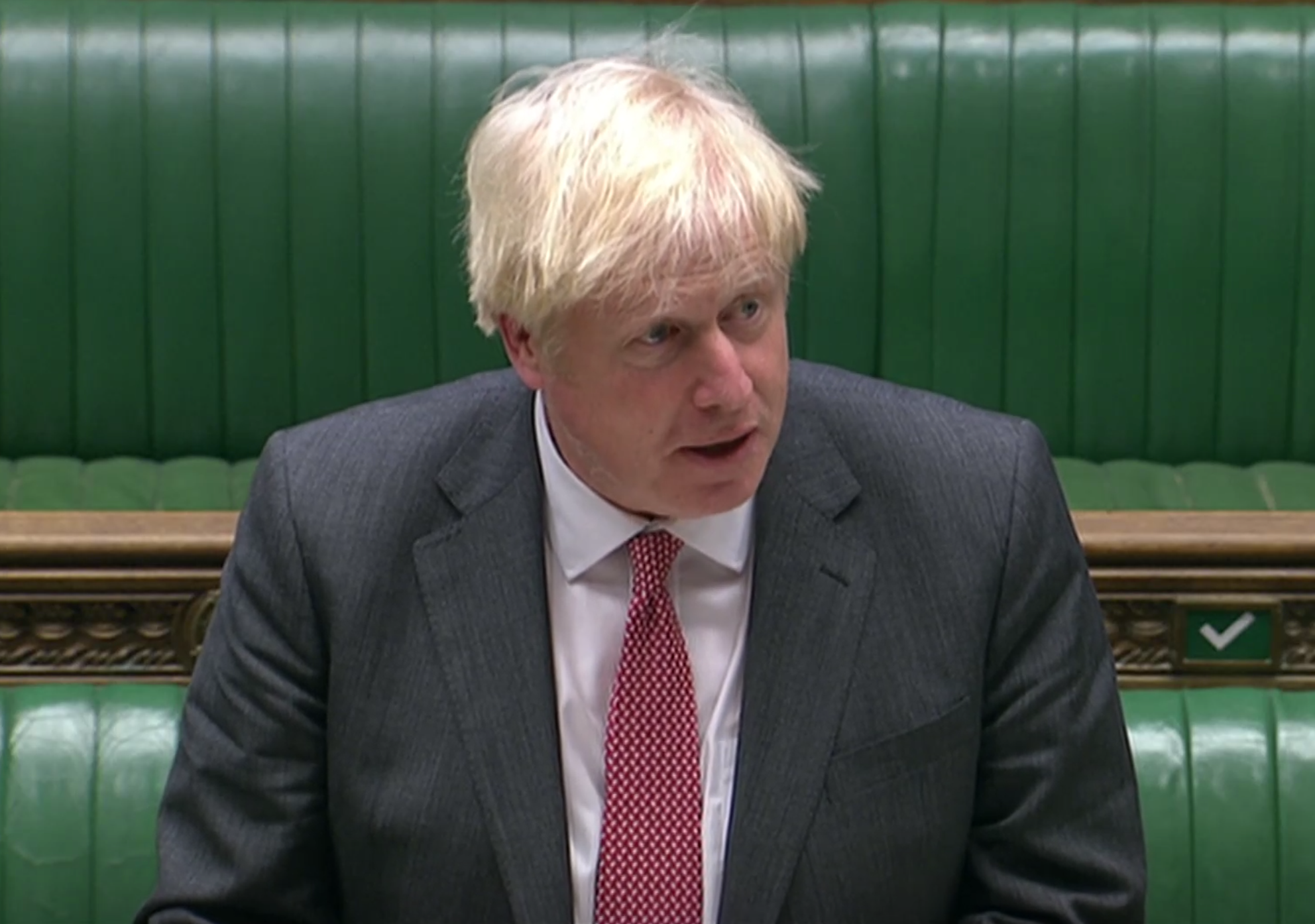 One of the problems with obsessive behaviour is that it often prevents people from doing what is so obviously in their own interests. The British government’s obsession with winning points of principle in the negotiations for a post-Brexit trade deal is one such example.

Last week, I discussed the issue of “state aid” for industry which is one of the “freedoms” the British government insists upon as an expression of “national sovereignty”. Most of the critics of the government’s stand have argued that this is a pretty silly issue to fight over: Conservatives are supposed to be in favour of competitive markets, not spending tax-payers’ money “picking winners” which usually turn out to be losers.

I don’t agree. I think state aid is an important issue but, as I explained, I found in government that EU rules do not, in practice, prevent the UK from supporting the “industries of the future” if that is what it wants to do.

Dominic Cummings, the prime ministerial adviser who seems to be the driving force in the negotiations, apparently wants the freedom for Britain to have its own Apple or Google or Microsoft. I have some sympathy with him. It is a disappointment that Britain (and Europe generally) is so bereft of successful tech giants. If Brexit could engender a British Silicon Valley, that would be a real positive to offset all the negatives.

But there is a potential British Silicon Valley already – in the area around Cambridge – and we have a highly successful, major, tech company albeit not yet on the scale of its Californian competitors (and customers). The company is ARM, which is a world leader in chip design, the resultant components being an integral part of most of the world’s iPhones and other devices.

Yet ARM is in the process of being taken over by the American tech company, Nvidia. In fact, ARM disappeared from British ownership back in 2016 when it was acquired by the Japanese Softbank as part of its portfolio of adventurous high tech projects. I and others protested at the time that the government should have intervened to stop the takeover, which earned me a personal call from the Softbank boss, Masayoshi Son. He assured me that Softbank had only good intentions: to put much more investment into the company and to remain as a patient, long-term, investor.

He was as good as his word and ARM has flourished. The problem all along has been that Softbank would sell on to another company with less patience and less commitment to the UK. I have no reason to believe ill of the new prospective owner but it would be surprising if its corporate priorities were organised around its new Cambridge subsidiary and if its shareholders had quite the same commitment to be long-term patient investors as ARM requires. It is striking that Hermann Hauser, the venture capitalist who launched the company, and the main intellectual inspiration behind Britain’s existing innovation policy, has strongly attacked the takeover.

The British government risks creating an absurdity: in whole or part.

It is fighting the EU over the abstract principle of the right to “pick winners” while a genuine British winner slips through its fingers. Ministers have been talking about “imposing strict conditions” such as preserving jobs and maintaining a British headquarters for ARM. It isn’t clear what legal force these conditions would have or what the penalties would be for Nvidia should it breach them.

There is a precedent. When I was secretary of state, another British (or more accurately, Anglo-Swedish) winner, Astro-Zeneca, was faced with an unwelcome takeover bid from Pfizer. When I spoke to the CEO of Pfizer he was honest enough to admit that the takeover was primarily driven by tax minimisation. When we sought guarantees for jobs and continuation of research in the UK, he could not commit beyond five years. The government threw its weight behind the Board of Astro-Zeneca in opposing the bid or, should shareholders accept it, imposing tough conditions.

There were, however, no legal powers to enforce these conditions beyond the jurisdiction of the City’s Takeover Panel which has a limited remit. Fortunately, Pfizer got the message that they were seriously unwelcome, didn’t like the barrage of bad publicity and went away.

In the case of ARM, the government has powers which did not apply to Astro-Zeneca. Competition legislation allows a referral to the CMA (Competition and Markets Authority) in cases where there is a national security interest. National security is difficult to pin down and is largely seen by the present government as applying to Chinese or Russian takeovers. But it could and should be applied to an American takeover if there is a threat to the UK’s science base and the UK’s capacity to have a locally owned company which sits at the heart of future technology.

I hope the relevant minister has the gumption to make the referral. At the very least the takeover would then be held up for several months whilst there is a proper examination of the public as well as private interest.

There is another issue which is testing the government’s ability to see the wood for the trees. Its Internal Market Bill is designed to deal with the uncomfortable implications of the EU withdrawal agreement as it applies to Northern Ireland. I don’t want to add to the millions of words already spoken and written about Brexit and Ireland. Nor do I have anything to add to the torrent of criticism of the government’s plan to break the law by trying unilaterally to rewrite an agreed treaty.

I am not a lawyer and I defer to the great and good of the legal profession who are incandescent about the government’s cavalier attitude to the rule of law. I actually have a sneaking suspicion that the government may have a point that we are not dealing with legal absolutes here. Several governments including the USA and the EU don’t exactly rush to implement the findings of WTO dispute panels for example.

But there is a bigger stupidity. By obsessing over the issues of principle – the sovereignty implications of one hypothetical possibility of EU action under the withdrawal agreement – the government has put at risk one of the few prizes available under Brexit: a putative trade agreement with the USA.

I am personally doubtful that such an agreement, if ever negotiated, would be in the UK interest but nonetheless I can see the big political attractions of it. But American Congressmen, Democrats and Republicans, alerted to the UK government’s attempt to wriggle out of its solemn treaty undertaking to prevent a hard border in Ireland, are lining up to oppose any deal with such a potentially unreliable partner.

Britain is in danger of losing a lot more than its reputation for legal probity. It risks walking away from our closest trading relationship, and jeopardising our capacity to form new relationships at the same time.  Number 10’s obsession with Brexit “at all costs” suffocates all rational thinking around the negotiations, with few signs that they will be willing to come up for air before December.