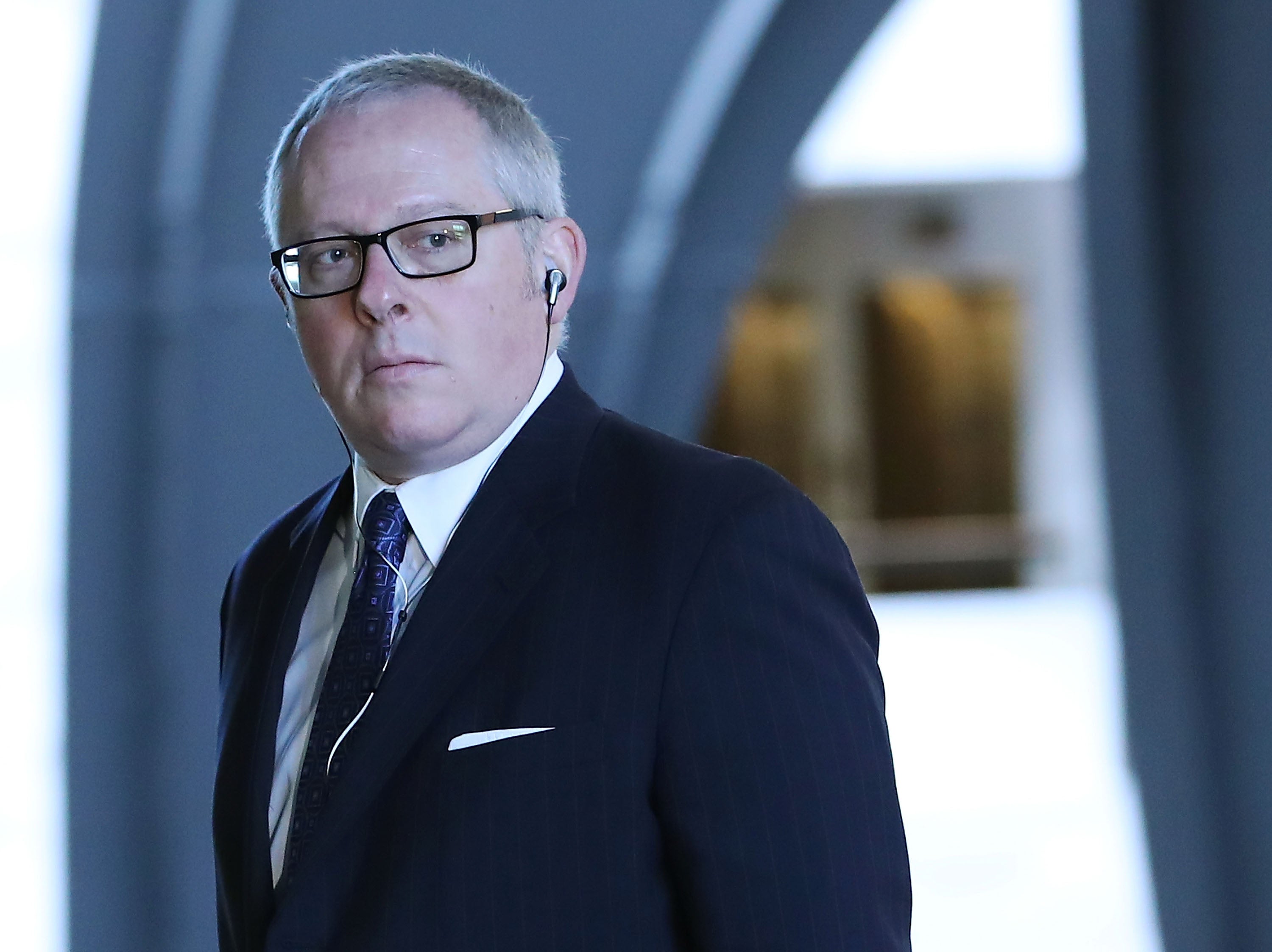 Top Trump administration health official Michael Caputo has apologised to his staff at an emergency meeting for spreading conspiracy theories over the weekend about the Centres for Disease Control and Prevention’s work on the coronavirus pandemic and urging supporters of the president to arm themselves in case Joe Biden does not concede a potential Election Night loss.

Mr Caputo, the Health and Human Services Department’s assistant secretary for public affairs, expressed remorse at the meeting for attracting negative coverage of Donald Trump’s Covid-19 response due to his controversial comments on a Facebook Live broadcast on Sunday, Politico has reported.

He suggested he might even resign due to ongoing physical ailments and the stress caused by death threats against him and his family. Both factors contributed to his controversial remarks on Facebook Live over the weekend, he told staff, per the Politico report.

Mr Caputo has been one of the most influential advisers to Mr Trump on the coronavirus crisis, shaping the White House’s public messaging campaign about the disease and the emergence of a possible vaccine.

In a statement on Monday, HHS called Mr Caputo a “critical, integral part of the president’s coronavirus response, leading on public messaging as Americans need public health information to defeat the Covid-19 pandemic.”

During his Facebook Live broadcast, Mr Caputo alleged, without providing any evidence, that career health experts at the CDC had formed a “resistance unit” against Mr Trump.

Those scientists “haven’t gotten out of their sweatpants except for meetings at coffee shops” to plot “how they’re going to attack Donald Trump,” Mr Caputo alleged.

“There are scientists who work for this government who do not want America to get well, not until after Joe Biden is president,” he added, accusing these experts of “sedition.”

Mr Caupto also predicted during his Facebook Live that Mr Trump would win the presidential election in November but that Mr Biden, the Democratic candidate, would be unlikely to concede.

“When Donald Trump refuses to stand down at the inauguration, the shooting will begin,” Mr Caputo said. “If you carry guns, buy ammunition, ladies and gentlemen, because it’s going to be hard to get.”

Besides claiming officials in the CDC were working against the president, Mr Caupto also said his family’s safety was at risk.

“You understand that they’re going to have to kill me, and, unfortunately, I think that’s where this is going,” he said.

Although he has no background in health care, Mr Caputo was installed at HHS in April to impose a tighter grip on the public information about Covid-19 that was more in line with Mr Trump’s public statements.

At HHS, he has sought to either change, hold, or outright kill weekly reports from the CDC that he believes have undercut the president’s messaging about the virus.

Mr Caputo’s conspiracy theory about the “resistance unit” of US doctors and health officials closely mirrors rhetoric from the Oval Office, where Mr Trump has spouted baseless accusations of his own about a “deep state” conspiracy to prevent the rapid production of a Covid-19 vaccine.

The president has provided no proof for his claims.

“The deep state, or whoever, over at the FDA is making it very difficult for drug companies to get people in order to test the vaccines and therapeutics,” Mr Trump tweeted in August.

“Obviously, they are hoping to delay the answer until after November 3rd. Must focus on speed, and saving lives!” the president wrote at the time.

The US government has committed billions of dollars for widespread manufacturing of vaccine candidates that have not yet been proven safe or effective so that if they are approved, Americans can receive them en masse right away. If a vaccine candidate is deemed ineffective, doses will be destroyed. The programme, nicknamed Operation Warp Speed, aims to inoculate hundreds of millions of Americans by early next year.

The Food and Drug Administration is currently testing six vaccine candidates for their effectiveness, including three that are already being tested on humans.

Senate Democrats sought assurances last week from National Institutes of Health Director Francis S Collins and US Surgeon General Jerome Adams about the safety of a future vaccine after Mr Trump last month accused “deep state” officials at the FDA of intentionally holding up vaccine testing until after the 3 November presidential election to hamper his election odds, a claim for which, again, he has provided no proof.

“We need vaccine confidence, and political interference can be a huge detriment to that. So can misinformation,” said Senate Health, Education, Labor, and Pensions Committee ranking member Patty Murray of Washington.

Danielle Zoellner contributed to this report.

How much does a Black life cost in America today? $12 million, according to the Breonna Taylor settlement