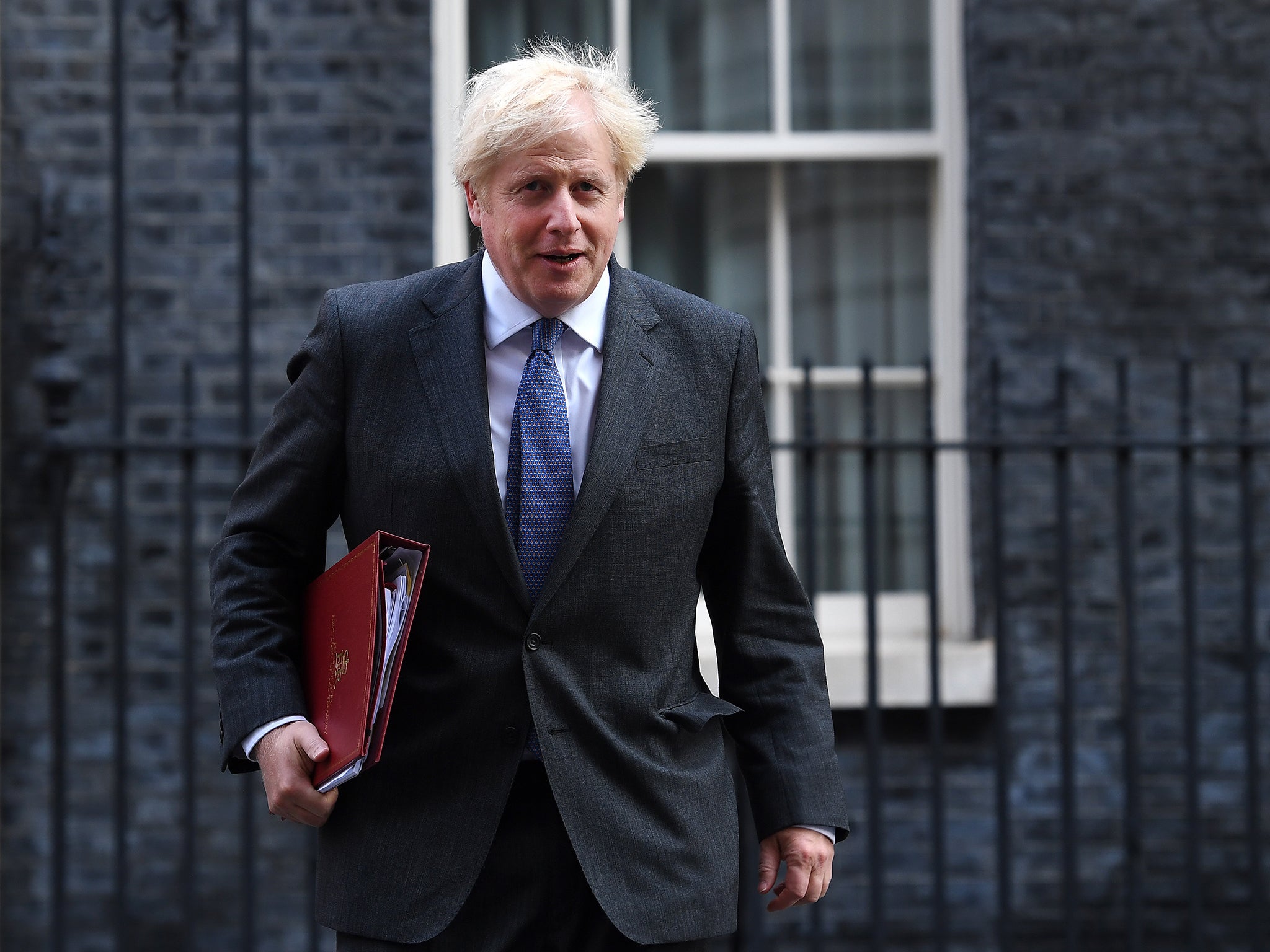 Boris Johnson has claimed the European Union is not acting in “good faith” during talks over a post-Brexit trade agreement, labelling Brussels negotiators “abusive”.

The prime minister said his proposed breach of international law is a matter of “ring-fencing” the Brexit deal to stop EU negotiators making “abusive or extreme interpretations” of the provisions of the Withdrawal Agreement.

Mr Johnson’s remarks came ahead of a warning from the EU trade commissioner that Britain must comply with the Withdrawal Agreement if it is to secure a free trade deal with Brussels.

Meanwhile, presidential candidate Joe Biden issued a warning to the UK government that any future trade deal with the US is “contingent” on respecting the terms of the Good Friday Agreement preventing a hard border on the island of Ireland.

Downing Street has insisted that its threat to override the Brexit withdrawal agreement will not undermine the peace process in Northern Ireland, after US presidential favourite Joe Biden warned that a future trade accord is off the table if Westminster does not respect the Good Friday Agreement.

“We continue to remain absolutely committed to no hard border and no border infrastructure between the Republic of Ireland and Northern Ireland,” a Number 10 spokesman said.

“And we will continue to engage with our US partners on a bipartisan basis to ensure that our positions are understood.”

Asked if Mr Biden was wrong, the spokesman said: “We will continue to work with our US partners to ensure our position is understood, but the whole point of this – as the PM has set out – is to make sure the Belfast/Good Friday Agreement is upheld.”

Former Tory leader Iain Duncan Smith has told Joe Biden to focus on a “peace deal in the USA to stop the killing and rioting” instead of criticising Brexit.

Last night US presidential candidate tweeted: “We can’t allow the Good Friday agreement that brought peace to Northern Ireland to become a casualty of Brexit. Any trade deal between the U.S. and U.K. must be contingent upon respect for the Agreement and preventing the return of a hard border. Period.”

Brexiteers have responded furiously to the intervention, with Mr Duncan Smith telling the Times:  “We don’t need lectures on the Northern Ireland peace deal from Mr Biden. If I were him I would worry more about the need for a peace deal in the USA to stop the killing and rioting before lecturing other sovereign nations.”

EU position on Brexit Bill ‘not changed’ despite compromise

The European Union has not backed down from its demand for the UK government to drop plans to override key sections of the Withdrawal Agreement despite Boris Johnson’s compromise with Tory rebels yesterday.

Eric Mamer, spokesperson for the European Commission, was asked during a briefing whether the government’s compromise had altered the EU’s stance.

He replied: “We have as you know set out a position extremely clearly, it is in our statement, and it relates to those clauses being withdrawn from the law.

“That position has not changed and we have asked the UK to do this at the earliest possible convenience and by the end of September at the latest. That has not changed.”

The prime minister told MPs he did not believe the EU was acting in good faith during negotiations for post-Brexit relations, but Eric Mamer, spokesperson for the European Commission, today pointed to the EU’s long track record for international negotiations, which he said was “rather splendid”.

Mr Mamer said: “We have a habit of not commenting on comments by third parties but what I can say more generally is that I can point to our hundreds — literally hundreds — of international agreements signed with very, very different third parties of all kinds.

“And I think that they testify to — as I think you say in English — a rather splendid track record when it comes to carrying out negotiations in good faith, and indeed even concluding them.

“So what I would simply do is ask you to go and talk to those third parties with whom we have signed these agreements and further they will testify to the quality of our negotiation.

“And I think that Michel Barnier showed in the context of the negotiations on the Withdrawal Agreement that even on extremely complex and politically sensitive issues the Commission and indeed the EU negotiate in perfectly good faith.”

Britain’s arms sales to Saudi Arabia are potentially “aiding and assisting” war crimes by the country’s forces in Yemen, a UN report warns.

Months after the UK government lifted a court-ordered ban on arms exports to the country, the UN Human Rights Council has said countries fuelling the Saudi war in Yemen were showing a “blatant disregard” for “documented patterns of serious violence”.

The government has released Boris Johnson’s letter accepting the departure of Scotland’s advocate general Lord Keen, who resigned in protest against the prime minister’s plan to break international law.

The prime minister told MPs yesterday conversations were ongoing in a bid to keep the law officer in place but by the end of the day he had accepted the peer’s resignation, as the letter shows.

Sir Keir Starmer is on his way to Scotland for his first visit since becoming leader of the Labour party.

After spending the first half of the week in isolation due to a family Covid scare, Sir Keir will head to Edinburgh amid a split in the Scottish Labour party that has seen several MSPs calling for leader Richard Leonard to resign.

Ahead of the trip, Sir Keir criticised the leading SNP for “prioritising independence” during the coronavirus crisis and called for both the Scottish and Westminster governments to “get a grip, focus on the job in hand and work together to defeat this virus”.

He added: “At this crucial time, we cannot have a situation where the four nations of the UK are pulling in different directions.”

David Anderson QC, a life peer and barrister, said the government’s climdown on the controversial Internal Market Bill still allows the Withdrawal Agreement to be overridden for “any reason”.

The crossbench peer argued the proposed changes to the Bill, requiring a vote in the Commons before any law-breaking powers may be used, solve the government’s “political problems” but not their legal ones.

Lord Anderson said the Bill does not “read like a defensive measure” against EU threats to trade — as supporters have claimed — rather a “deliberate and much broader attack on the [Withdrawal Agreement] the PM signed up for”.

He went on to call the the government’s plan a “strategically pointless threat” with “unpredictable and potentially extreme” consequences before saying arguments against the Bill will be “strongly” made in the House of Lords in coming weeks.

The UK will be denied a free trade agreement with Brussels if the government breaches the terms of the Withdrawal Agreement, the EU’s trade commissioner has said.

Our political editor Andrew Woodcock has the full story:

4 Ways You Can Shop Ethically Now

Coronavirus: What do the latest restrictions mean for grassroots sport in England?