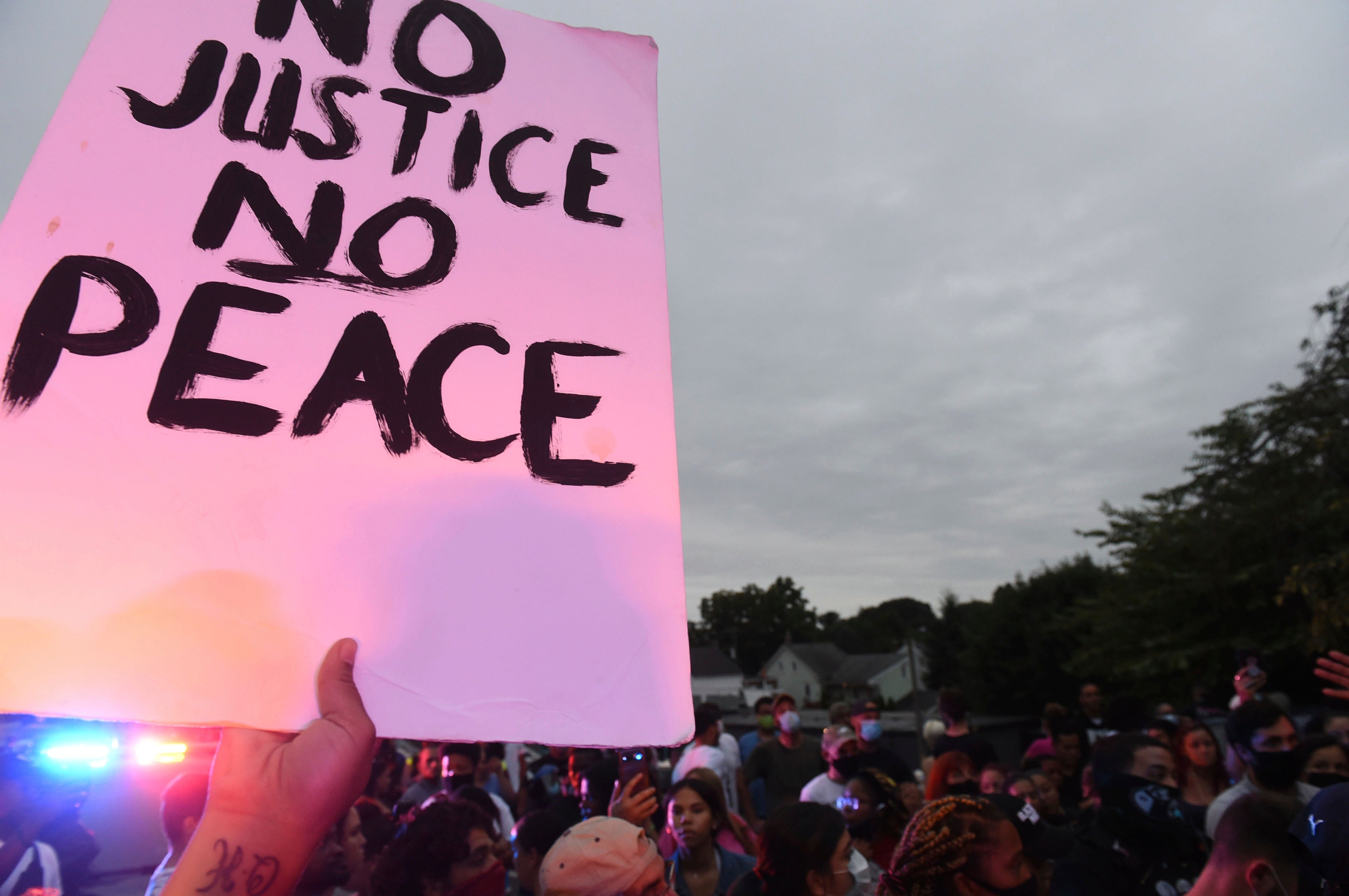 State officials in Pennsylvania are calling a judge’s decision to set a protester’s bail at $1m “blatantly unconstitutional.”

Protesters in Lancaster, Pennsylvania have been demonstrating over the police killing of Ricardo Munoz, 27, who was shot by an officer after charging him with a knife.

Officers responding to the demonstrations claimed they had devolved into riots and arrested 12 adults and one juvenile attending the protest. Police claim that protesters vandalised local businesses and started fires in addition to causing damage at the police station.

Lieutenant Bill Hickey of the Lancaster Bureau of Police told Fox43 that the department requested the judge set a high bail due to the “serious nature” of the defendant’s alleged crimes.

The office of Judge Bruce Roth, who set the bail, confirmed that he set the unusually high amount at the request of the police.

“In this particular case, it’s blatantly unconstitutional given the nature of the charges. And I’m pointing that out,” he said.

Chip Patterson, the father of protester Kathryn Patterson, a 20 year-old who he said was attending the protest as a medic, called the bail “obscene.”

“Everything that I know so far, which is not a lot, indicates that Kat is not guilty of those charges. But then again, we’ll have to wait and see,” he told the Associated Press.

Mr Patterson said he hasn’t been able to speak with his daughter since her arrest.

“I cannot tell you how long this night has been,” he said on Tuesday afternoon. “I think regardless of what these people did or didn’t do, the bail amount is just outrageous and clearly against the Eighth Amendment.”

The Eighth Amendment states that “excessive bail shall not be required, nor excessive fines imposed, nor cruel and unusual punishments inflicted” on citizens charged with crimes.

“The $1 million cash bail orders for several young Black Lives Matter protesters last night is an egregious and unacceptable abuse of the bail system,” he said. “Cash bail should never be used to deter demonstrators and chill speech.”

The Lancaster Bureau of Police released body camera footage of the incident that sparked the protests. In the video, an officer arrives at a house to respond to a domestic disturbance call. After a moment, Mr Munoz appears and begins chasing the officer. It appears he is holding a knife in his right hand.

After a short chase, the officer turns and shoots Mr Munoz, who collapses to the ground. He was pronounced dead at the scene.

Q&A: What does banning TikTok and WeChat mean for users?

Q&A: What does banning TikTok and WeChat mean for users?

The Netflix film I defended – and US politicians spoke out against

How Rocks movie stars went from classroom to big screen

Robert W. Gore, the inventor of Gore-Tex fabric, dead at 83

Coronavirus: New fines of up to £10,000 for those who fail to self-isolate