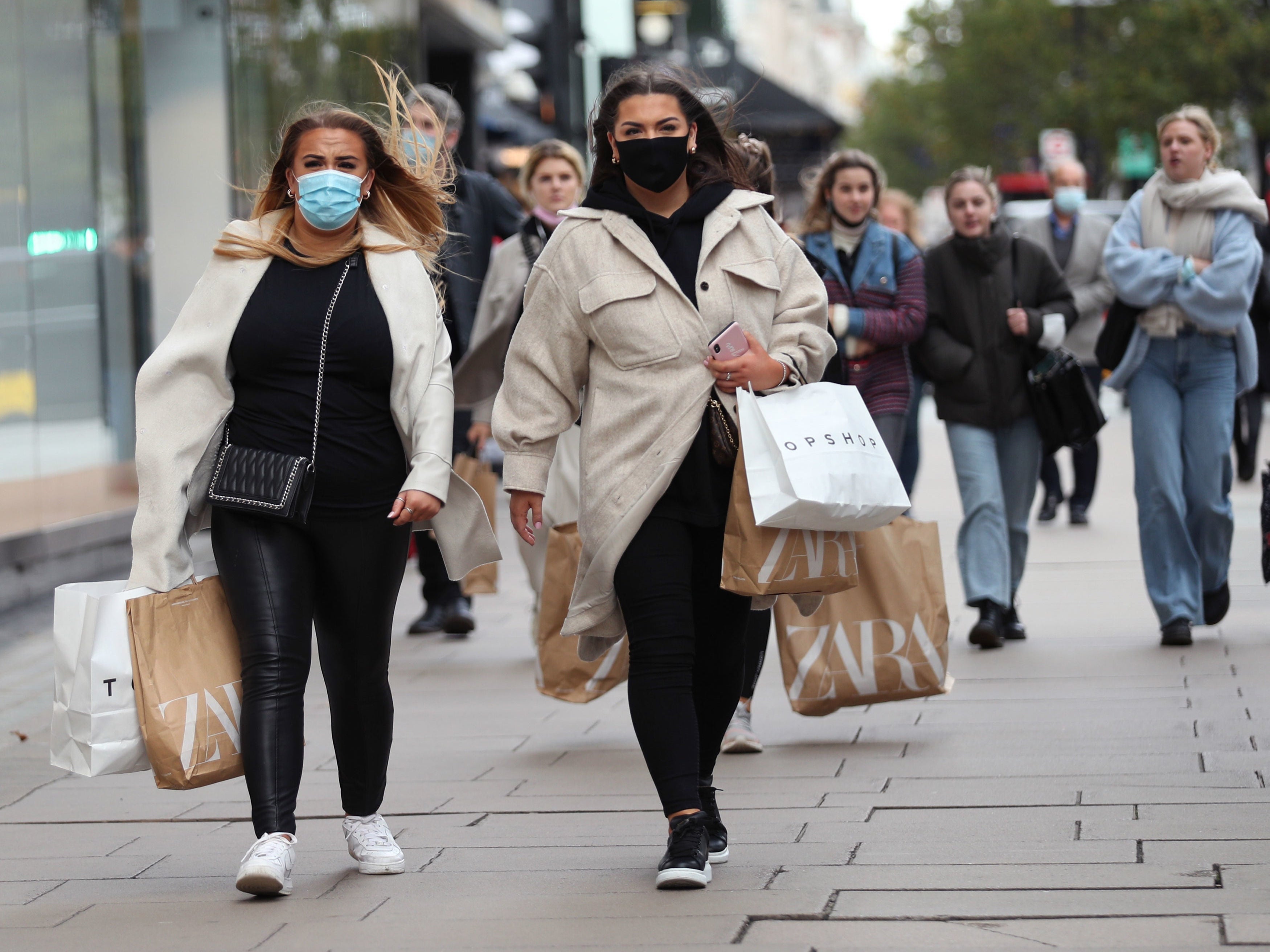 The number of weekly coronavirus deaths in England and Wales is at its highest figure since early June, according to new statistics.

In the week ending 23 October, a total of 978 registered deaths mentioned Covid-19 on the death certificate, the Office for National Statistics figures show.

This marks a 46 per cent increase on the number of deaths reported in the previous week, and is the highest figure on record since 12 June.

Asked about criticism of the proposed national lockdown in England by some Tory MPs, international trade secretary Liz Truss said the prime minister had made the right decisions at the right times.

She told the BBC: “Of course, there is a debate in the Conservative Party, in the country, about when is the right time to take these measures, but there is no magic bullet to sort Covid out.

“Nobody has found it anywhere across the world. There are a series of difficult decisions that need to be taken that necessarily restrict people’s lives, which we absolutely don’t want to do.”

The PM’s official spokesman would not say whether a possible cut in the self-isolation period for those who test positive for Covid-19 was related to plans for a mass rollout of public testing.

It comes after Boris Johnson promised a “big, big push” on isolation compliance for those who test positive or come into contact with a positive case.

The Number 10 official said: “We are reviewing the period of time under which people are asked to self-isolate and that work is ongoing. We will set out further details in due course.”

Asked whether the review might see the stay-at-home period cut to 10 or even seven days, he added: “I don’t have a timescale for you on when we will be in a position to announce the next steps, but we have said we are looking at a reduction in the period of self-isolation.”

The holiday season may not be over yet… A travel company is taking bookings for “work from home” stays in St Lucia for departures during the November lockdown and beyond.

Singles holiday firm Friendship Travel said it’s taking advantage of British Airways’ scheduled flights to the Caribbean island, which are set to run as normal throughout the lockdown period.

Double Olympic champion Dame Kelly Holmes has documented the days leading up to her testing positive for coronavirus, with the former mid-distance runner enduring seven days of different symptoms.

The 50-year-old has posted her accounts of contracting coronavirus on Instagram, with symptoms including headaches, body aches and a complete loss of taste that coincided with a positive test.

Nicola Sturgeon has said Scotland is “relatively speaking” in a “strong position”.

While she added there would be “difficult judgments for the future”, she said prevalence of coronavirus was lower in Scotland than other parts of the UK.

“That is, we believe, partly down to the plan we have been following,” the first minister said.

Scotland moved to a new five-tier system of restrictions on Monday.

It sounds as though Robert Jenrick’s confusing advice on households meeting for outdoor exercise was wrong.

Asked whether the house secretary was right to say two households could meet for a walk under the new regulations, the PM’s spokesman said: “In the context of a support bubble, that would be correct, so a household could meet up with their support bubble which could be a single parent or a grandparent for example, and they could go for a walk in the park.

Lockdown rules to be published

This afternoon will also see documents published from the Scientific Pandemic Influenza Group relating to the presentation slides used by the PM during the press conference on Saturday to justify the four-week shutdown.

The PM’s official spokesman said there were no plans to allow exemptions for golf and tennis to continue, although fishing on public waterways will be allowed.

Number 10 has said the UK government would “of course” provide economic support should Scotland require its own national lockdown after 2 December.

The PM’s official spokesman, asked whether there could be a Scotland-only furlough scheme, said: “The UK government has intervened in an unprecedented way to save nearly one million jobs in Scotland during this pandemic.

“The Scottish government has also benefited from £7.2 billion of additional support as a result of the UK government’s Barnett guarantee and furlough has always been a UK-wide scheme, and, as the PM has said, the government will always be there to provide support to all parts of the United Kingdom.”

Pressed on whether this ruled out a Wales or Scotland-only furlough scheme, the spokesman said: “As the PM said, if other parts of the UK decide to go into measures which require direct economic support, of course we will make that available to them as we have done throughout the pandemic.”

Our northern correspondent Colin Drury has been out speaking to residents and businesses in Liverpool to gauge their reaction to plans to mass test the city.

More than £1bn in package holiday refunds is still being illegally withheld by tour operators and travel agents, according to new research by Which?

Which? estimates that, of the approximated £8bn-worth of package holidays that have been cancelled since the beginning of the coronavirus outbreak, just over £1bn in refunds are still outstanding.

The Last Three with Chelsea FCW