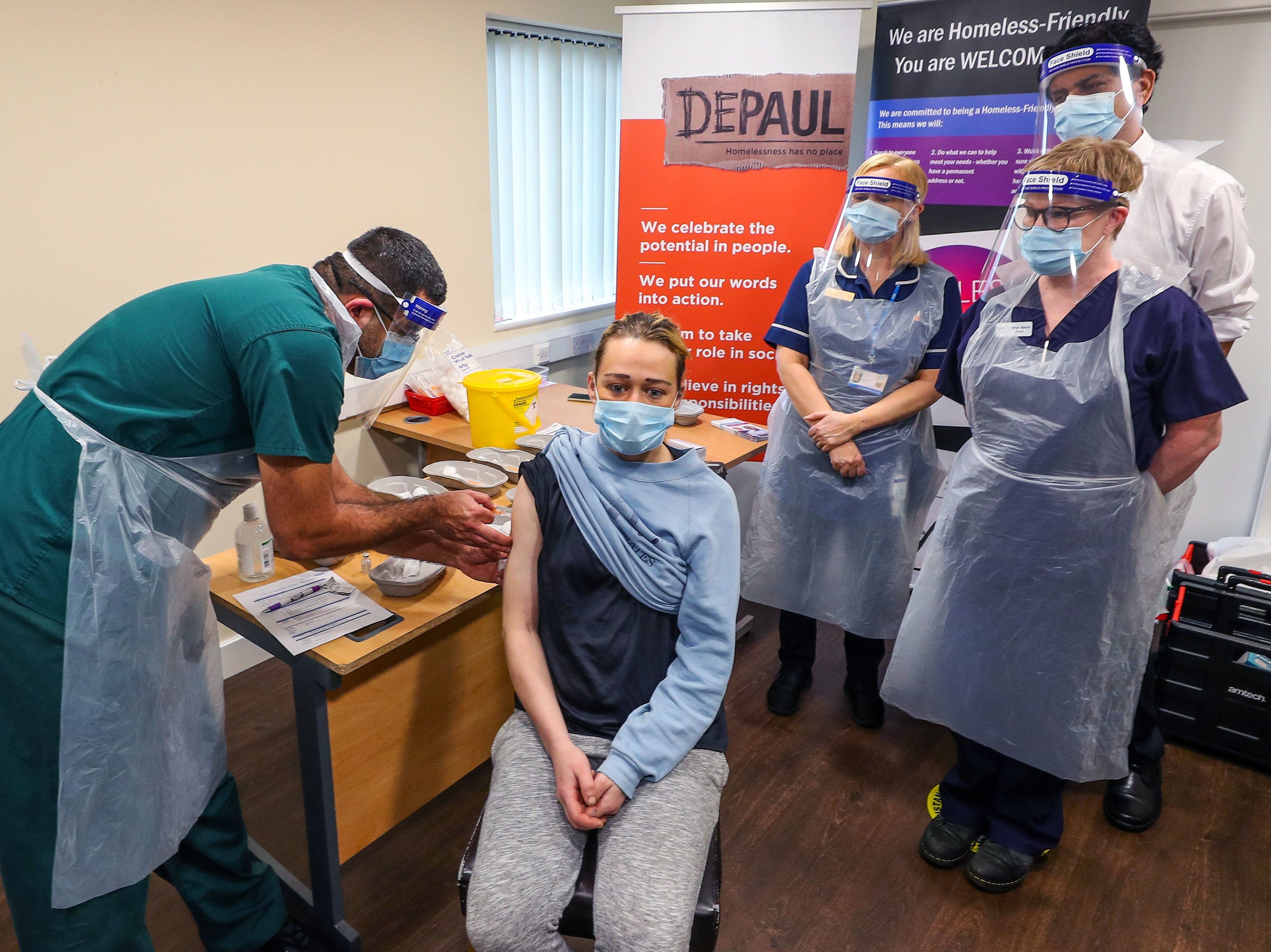 Boris Johnson has admitted concern over a new variant of the coronavirus found in Brazil as he warned there is a “very substantial” risk of the NHS running out of intensive care beds.

He told MPs: “We are concerned about the new Brazilian variant. We already have tough measures…to protect this country from new infections coming in from abroad.

“We are taking steps to do that in respect of the Brazilian variant.”

In a U-turn on Wednesday, the prime minister said the coronavirus vaccine programme will be in operation 24 hours a day, seven days a week “as soon as we can”.

London Councils and mayor Sadiq Khan have implored Mr Johnson to immediately implement tougher coronavirus measures – including closing places of worship – or risk putting an “unsustainable strain” on the NHS and public services.

After a major incident was declared in the capital last Friday due to rising Covid-19 cases, Mr Khan and London Councils chair Georgia Gould have written to the prime minister, calling for measures similar to those in place last March and April.

A further 1,564 people have died within 28 days of testing positive for Covid-19, the highest number of UK deaths reported on a single day since the outbreak began.

Boris Johnson has warned of a “very substantial” risk that the NHS will run out of intensive care beds.

The prime minister also highlighted the potential danger posed by a new Brazilian variant, as he gave evidence to a committee of MPs.

Prime minister Boris Johnson has said there are concerns about a new variant of coronavirus identified in Brazil.

“We are concerned about the new Brazilian variant,” he told MPs.

“We already have tough measures… to protect this country from new infections coming in from abroad.

“We are taking steps to do that in respect of the Brazilian variant.”

There remained many questions about the variant, including whether it would be resistant to the vaccines.

“There are lots of questions we still have about that variant. We don’t know, for instance, any more than we know whether the South African variant is vaccine resistant.”

The Isles of Scilly have reported their first coronavirus cases since September.

The council of the islands, located about 28 miles off the coast of Cornwall, yesterday said “fewer than three cases” had been confirmed in the last seven days.

In a statement, the council said it would not be provide the exact number of cases or “specify further information relating to timing or location” to “protect individuals’ identities”.

Ian Hamilton, a lecturer at the University of York, says while studies have shown Vitamin D could reduce the risk of coronavirus, the government’s messaging remains confusing and contradictory.

He explains more in this piece for Indy Voices:

“Many of the families will be listening to this programme now and they’re in my thoughts and prayers… it’s heartbreaking it’s come to this,” he told LBC.

“This epidemic is far worse than it was in spring, the pressures on the NHS are far higher, yet the lockdown measures are much lighter.”

A total of 2,661,850 Covid-19 vaccinations had taken place in England between 8 December and 12 January, according to provisional NHS England data, including first and second doses, which is a rise of 187,645 on Tuesday’s figures.

A further 1,012 people who tested positive for coronavirus have died in hospital in England, bringing the total number of confirmed deaths reported in hospitals to 57,828, NHS England has said.

The deaths were between 8 May and 12 January, with the majority being on or after 6 January.

There were 54 other deaths reported with no positive Covid-19 test result.

The British Retail Consortium (BRC), which represents retailers across the high street and online, has warned against the UK government following Scotland’s lead by introducing click-and-collect restrictions on non-essential retailers.

Tom Ironside, director of business and regulation at the BRC, said: “Click-and-collect is a used by a wide array of companies and allows the public to get many of the goods they need in a safe, convenient and timely manner.

“Retailers have implemented systems to ensure people are kept safe while queuing and collecting goods, and we have seen no evidence to suggest otherwise.

“Preventing people using click-and-collect services would harm the viability of many retailers, already suffering under lockdown, as well as severely limiting the choice for some consumers.”

Amid fears that new lockdown rules are not being properly observed, the prime minister has said we “may have to do more” in order to try and curb the spread of the coronavirus.