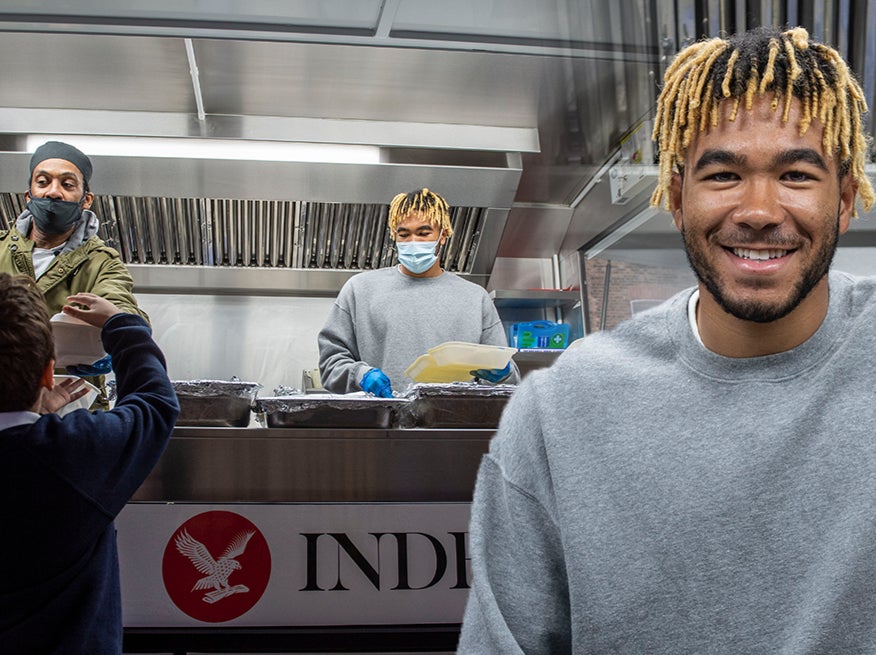 Chelsea defender Reece James has revealed thieves broke into his car and snatched gifts meant for hungry children while he volunteering with a charity helping families in food poverty.

The football star had been helping out at The Felix Project – one of The Independent’s Help The Hungry campaign’s key partners – when his car window was smashed and presents stolen.

“Another rewarding experience with The Felix Project today serving meals to the younger generation,” the 21-year-old said on his work with the food redistribution charity.

“Unfortunately, I was met with huge disappointment when returning to my car. During the event, someone felt the need to break in and steal gifts that I was due to go and donate later in the day.”

The Chelsea and England star – who is attempting to raise £100,000 for over half-a-million meals – added: “What goes around, comes around.”

Mr James shared a photo of the damage on his Instagram account, prompting dismay from his supporters. “How heartless can some people be, breaking into someone’s car and stealing gifts that were due to be donated,” one wrote.

The footballer has been volunteering with The Felix Project for the past 18 months, and recently joined volunteers at the Greenhouse sports centre in Marylebone.

He recently told The Independent: “When I grew up, I was around a few of my friends that didn’t have the privilege of having food all the time. I saw what it can do and how it can change people’s lives, so I wanted to come and help.”

Marcus Roberts, relationship manager of The Felix Project, said: “Reece has been quietly donating his time for the last year and a half.

“To have someone like him, who at the age of 20 is so passionate about helping others, is incredibly powerful and inspiring. So many young people look up to him and want to be like him, and by devoting his time to helping the less well-off he is the best role model.”

The Independent and our sister title the Evening Standard have been working towards a fundraising target of £10m for our appeal partner The Felix Project.

The campaign will see a new social kitchen set up in central London, turning surplus food into nutritious ready-to-eat meals and delivering to vulnerable people across the capital.