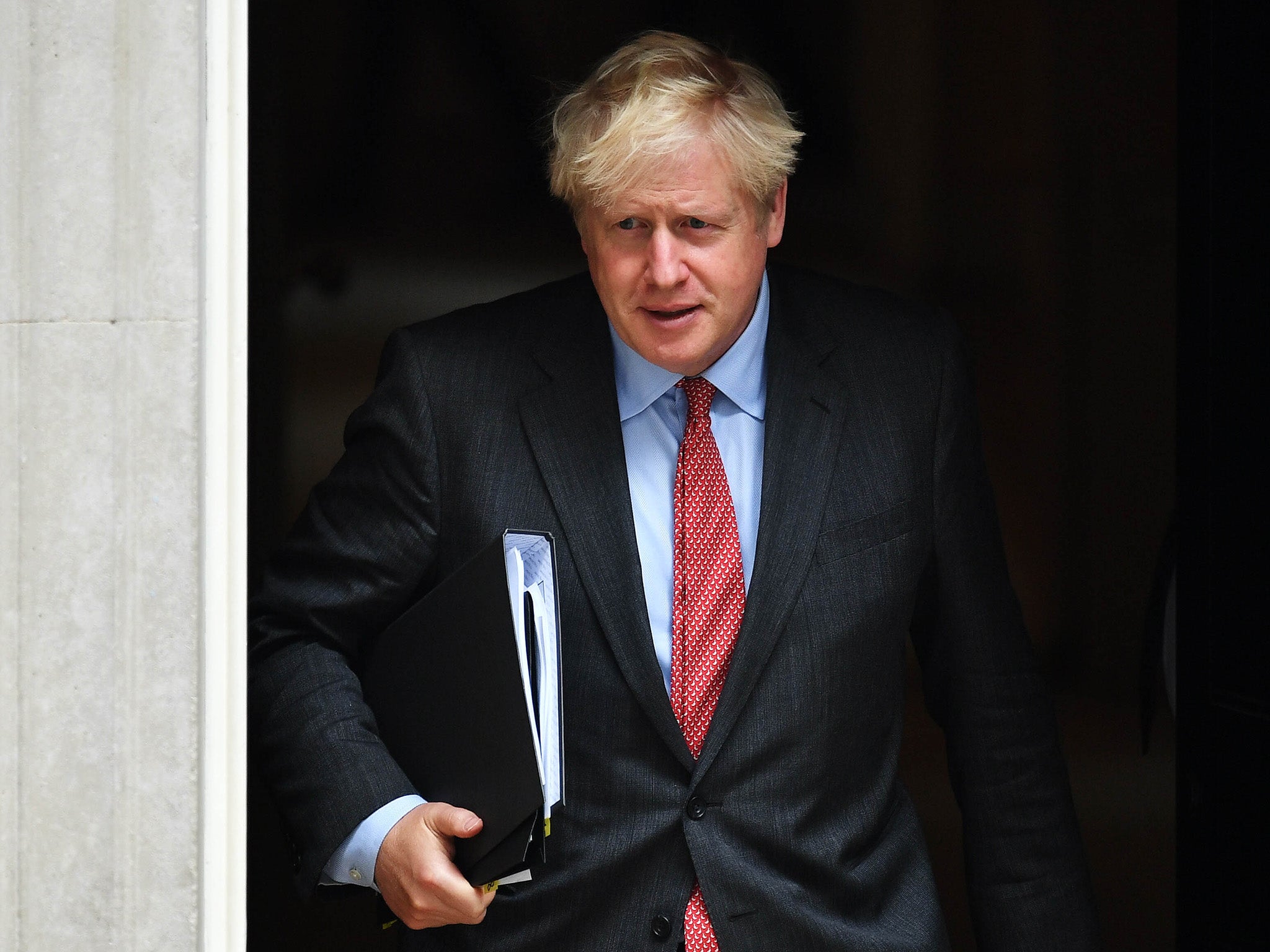 Boris Johnson has admitted there are “teething problems” in the post-Brexit trade relationship between Britain and Northern Ireland as industry experts warned there could be fresh shortages on supermarket shelves in the province.

But a Conservative MP warned him his promise not to hesitate in taking unilateral measures risked “huge damage to the Good Friday Agreement….and damage the relationship between our country and the US”.

Any breach of the Brexit accord that may undermine the Good Friday agreement risked harming the UK’s relationship with the US and Joe Biden, Mr Johnson was told.

In an appearance at the Liaison Committee, Mr Johnson also avoided a chance to take back his claim that Donald Trump should find himself in line for a Nobel Prize.

Earlier he committed to a review of the supply chain that led to families on free school meals receiving meagre hampers which Sir Keir Starmer claimed were based on government guidelines.

Marcus Rashford says the prime minister promised a  “full review” of the supply chain when they spoke on the phone about the footballer’s concerns over the standard of the meal food parcels. Andrew Woodcock reports:

Boris Johnson has insisted there needs to be a “real debate” about the status of social media companies.

The Prime Minister said: “I do think there’s a real debate now to be had about the status of the big internet companies.

“Whether they should be identified as mere platforms, or as publishers.

“Because, when you start editorialising then you are in a different world.

“And that’s why we are bringing forward our white paper on online harms because it is time we had a frank conversation about the boundaries that we want to be set and the role of these companies in what they choose to publish and what they choose not to publish.”

Boris Johnson has pledged to unveil his long-awaited social care plan later this year, as he warned that young people will need to start thinking about the cost of being looked after in old age.

The Prime Minister said the coronavirus pandemic has “highlighted the difficulties” with the sector which needs “reform” and “improvement”.

Appearing before the Commons Liaison Committee on Wednesday afternoon, Mr Johnson said he would bring forward a plan later this year.

“The pandemic has highlighted the difficulties that the social care sector is in – it clearly needs reform and it needs improvement,” he told MPs.

“But there is also the issue of people being forced to sell their homes to pay for their care and that’s something that we want to address and we will be bringing forward plans later this year.”

Boris Johnson was left red-faced today after claiming that he was putting in place steps to prevent a new coronavirus variant reaching the UK from Brazil, only to be unable to name any measures introduced specifically in relation to the South American country.

Boris Johnson has been warned he is on a fresh collision course with Joe Biden, after threatening to break another Brexit agreement

Education food service provider Chartwells has announced it will add breakfast into its parcels for children eligible for free school meals.

The decision came after images of poor-quality food parcels were widely shared on social media, provoking anger among campaigners and MPs.

Charlie Brown, managing director of Chartwells UK, said: “In normal times we are inside schools cooking nutritious meals for children and in many cases offering breakfast, so our absolute priority is to help our schools and families continue to eat well through lockdown.

“We acknowledge that when schools were closed it caused some local issues as we switched from meals to parcels. We have been listening to parents and working out how we can best use our resources to do more to help.

“From January 25, we will be adding breakfast into the parcels which will be free of charge to schools for all children eligible for free school meals and we will continue this provision while schools are closed. We hope this will further support children with their learning through the day.”

The breakfast will include bloomer, bagel, butter, yoghurts, juice, milk, oats and fruit.

Boris Johnson said he believed most Britons would rather see a focus on jobs and wage growth than on welfare.

He made the comments in response to a question from Stephen Timms, chairman of the Work and Pensions Committee, on the potential £20 cut to Universal Credit from April.

“And I think most people in this country would rather see a focus on jobs and a growth in wages, than focusing on welfare, but clearly we have to keep all these things under review.”

Johnson – school meal providing firms have been ‘hauled over the coals’

Boris Johnson said the companies which supplied the much-criticised free school meal offerings to families had been “hauled over the coals”.

The Prime Minister, answering a question from Education Select Committee chairman Robert Halfon at the Liaison Committee, said: “You are right to be obviously outraged by the images that we have seen.

“And the companies in question – or certainly one of the most notorious pictures, the company responsible for that, and others – have been hauled over the coals and asked to explain how this has happened.

“They have apologised and they have reimbursed the schools concerned and pledged not to do it again.

“I should stress that the images did not reflect the actual Government guidance which is for about double the quantity of food for lunch packs for five days that you have seen, if not more.”

“And that is an astonishing number. I believe it is the highest in Europe.”

The Prime Minister said there would be greater sharing of information between the NHS and local authorities from this week.

“By the end of this week I want public health directors in local government to know who is being vaccinated in their communities.

“It is going to be essential as we go forward that local authorities know who has been vaccinated and can lead the fight in their areas.”

Boris Johnson has stood by by his claim that outgoing US president Donald Trump deserves to win a Nobel Peace Prize.