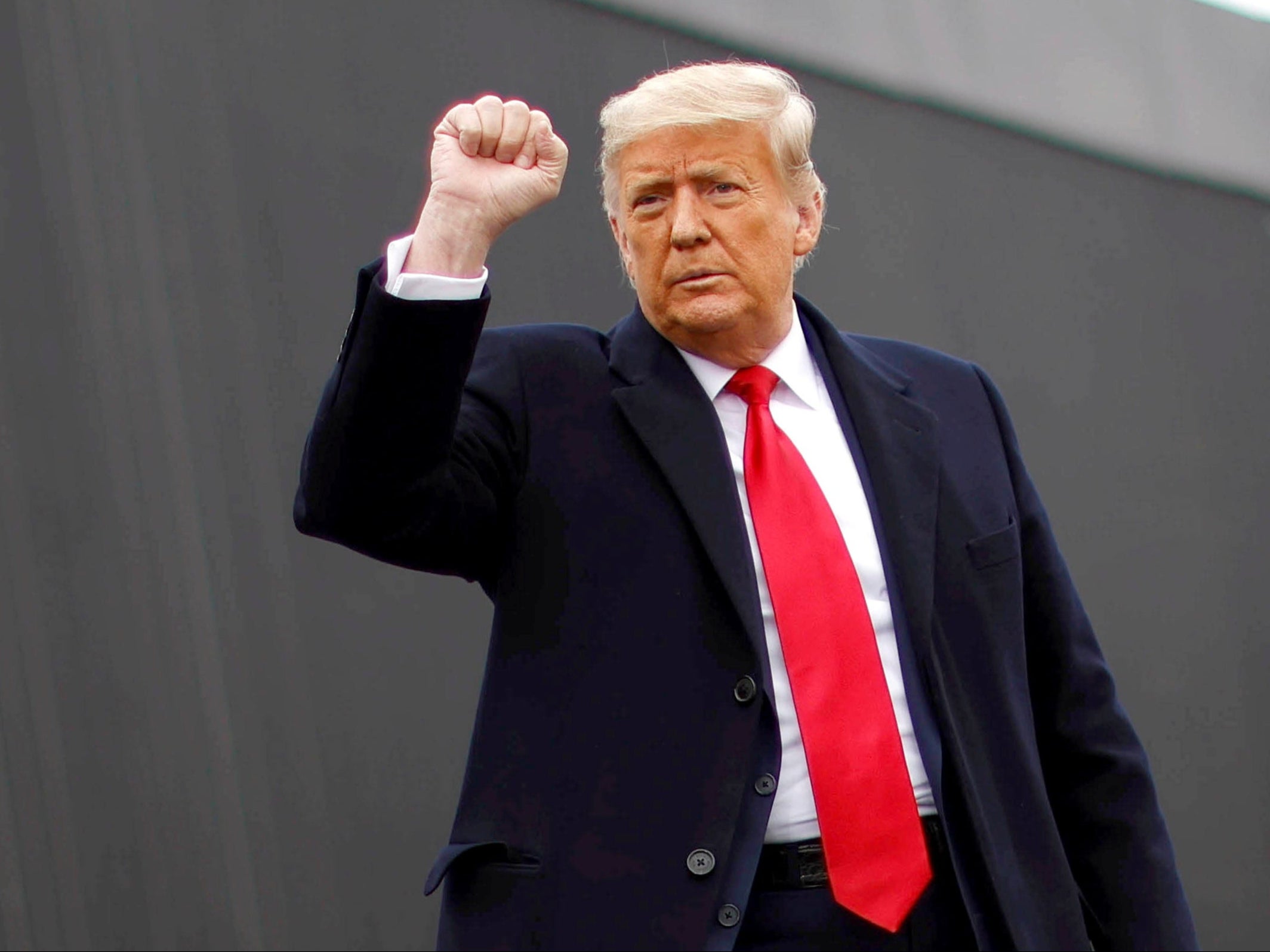 Donald Trump is set to be impeached for an unprecedented second time as the House of Representatives debates today. Democrats want the president impeached on a charge of inciting insurrection, and some Republicans have now turned on him and plan to vote with Nancy Pelosi’s party.

Liz Cheney, the GOP’s third-most-senior House member, said the president’s incitement of the Capitol riot was a “betrayal”. Six GOP representatives have now said they will vote for impeachment.

Meanwhile, The New York Times reported that Mitch McConnell, the GOP Senate leader, was pleased Democrats were moving to impeach the president a second time. Up to 20 Republicans might support the plan, it was claimed.

However, on Wednesday it was confirmed that the Senate will not return early meaning that the earliest a trial could start is 19 January. Effectively it will not happen until Joe Biden is president. In addition, McConnell’s office told reporters that he had not made a decision how to vote and would listen to the legal arguments — confirming that he may vote to convict.

There were stunning images out of the Capitol this morning as lawmakers and journalists arrived to find hundreds of members of the National Guard sleeping along hallways and in the visitors’ centre as security was ramped up to the maximum.

The president issued a statement through the White House press office calling for all Americans to reject violence.

The New York Post reports that Donald Trump Jr and partner Kimberly Guilfoyle are moving to Florida, giving up on New York.

The paper says the couple are house-hunting in Jupiter, Florida, near the Trump National Golf Club.

Donald and Melania Trump will initially move to the Mar-a-Lago resort in Palm Beach when they leave the White House. Their longterm future there is uncertain given certain agreements with city authorities regarding the property’s use as a residence.

McConnell: No final decision on how he will vote in Senate

Senate Majority Leader Mitch McConnell told GOP senators: “While the press has been full of speculation, I have not made a final decision on how I will vote and I intend to listen to the legal arguments when they are presented to the Senate.”

Effectively, McConnell is saying on the record that he may vote to convict Trump.

Democratic lawmakers are investigating whether members of Congress gave Capitol tours to rioters before a deadly insurrection on 6 January.

The probe follows speculation that Republican members of Congress and Capitol Police may have played a role organising or enabling a deadly mob in support of Donald Trump’s attempts to overturn the results of the 2020 presidential election he insists was “stolen” from them.

Alex Woodward reports for The Independent.

Justin Vallejo reports on the Jim Jordan’s defence of the president.

The Independent’s Chris Riotta reports on the latest from the Senate.

Senate Majority Leader Mitch McConnell has rejected a bid to enact an emergency session of the US Senate to conduct an impeachment trial against President Donald Trump on Wednesday before he leaves office.

After a plea for donations.

Odd to claim you are being censored while speaking on live TV.

DC Police said the officer who could be seen screaming in agony as he was crushed in a doorway during the Capitol riot is recovering and doing well. In the video from inside the Capitol, the officer could only be identified by his badge number, 4518.

However, the name of officer Daniel Hodges has since been publicised, after a 10-year-old girl from Billings, Montana was so horrified by seeing the video on the news that she wrote him a letter.

Gustaf Kilander reports for The Independent.

Update on location of Pelosi’s lectern

Just in time for the House Speaker’s comments about Donald Trump’s second impeachment.