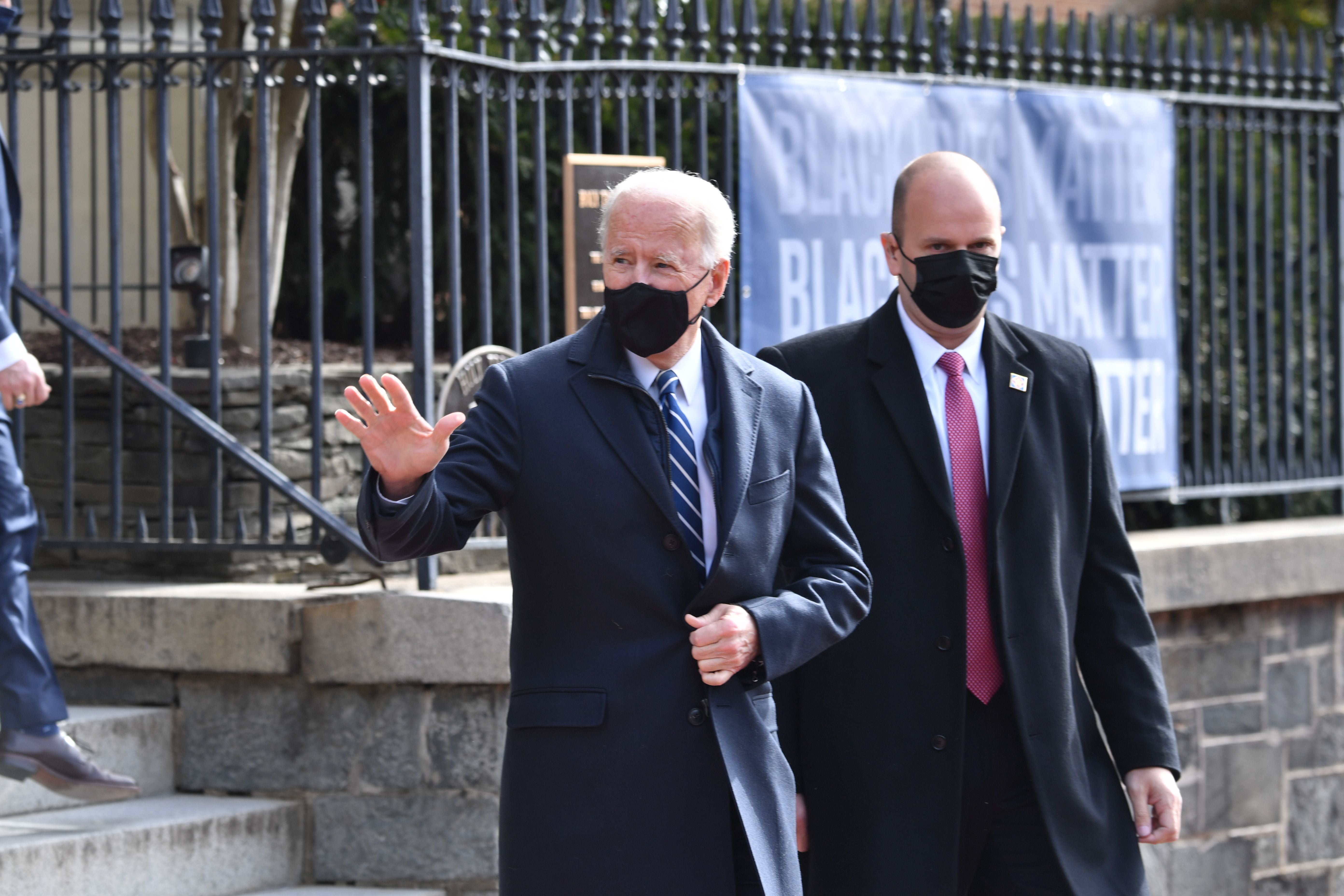 If you are the US president you can do mostly what you like with your motorcade – including ordering it to stop so you can buy bagels from a trendy bakery.

On Sunday, the sidewalks outside of Georgetown’s Call Your Mother Deli were briefly filled by men in dark suits wearing earpieces, and the presidential motorcade of Joe Biden.

Returning from Holy Trinity Catholic Church in the Georgetown neighborhood, having attended his first mass after being sworn in as president, Mr Biden and family stopped to pick up an order.

Mr Biden did not leave his car, but his son Hunter was seen going inside and collecting the items.

According to a White House press pool report, the administration did not provide details as to what the president had ordered.

But it did note that his motorcade took twice as long traveling to the church as it did on the return, because of the stop.

What are the top priorities for Biden’s first 100 days?

He added: “A Secret Service agent placed and picked up the order. Biden never exited his motorcade but did wave to a crowd of cheering onlookers.”

The bakery, which has four outlets in DC and enjoys something of a cult following, did not immediately respond to enquiries.

“What a GREAT Sunday surprise! Thrilled to have an admin again who will love all that DC has to offer — starting with sesame bagels,” it wrote. “Come back anytime @JoeBiden.”

The Washingtonian noted that Barack Obama’s economic advisor Jeff Zients, who was recently asked by Mr Biden to lead the administration’s response to the Covid pandemic, is an investor in the shop.

It is not unknown for a president to be spotted at one of Washington DC’s food haunts. George W Bush often ate out in Georgetown, while Barack Obama dropped in to Ben’s Chili Bowl, a food landmark in what was once a traditionally African American neighhourhood, at least once.

Bill Clinton used to visit number of restaurants, including the The Bombay Club, located near the White House.

By contrast, as many political correspondents noted on Sunday, Donald Trump rarely ventured out in the city, other than to his own hotel, preferring to spend the weekend out of DC at one of his various golf courses.

Peter Baker of the New York Times wrote: “The Bidens’ stop at Call Your Mother, the bagel shop in Georgetown, en route back to the White House — already a big change. Trying to remember but can’t recall Trump ever stopping anywhere in DC other than his own hotel.”