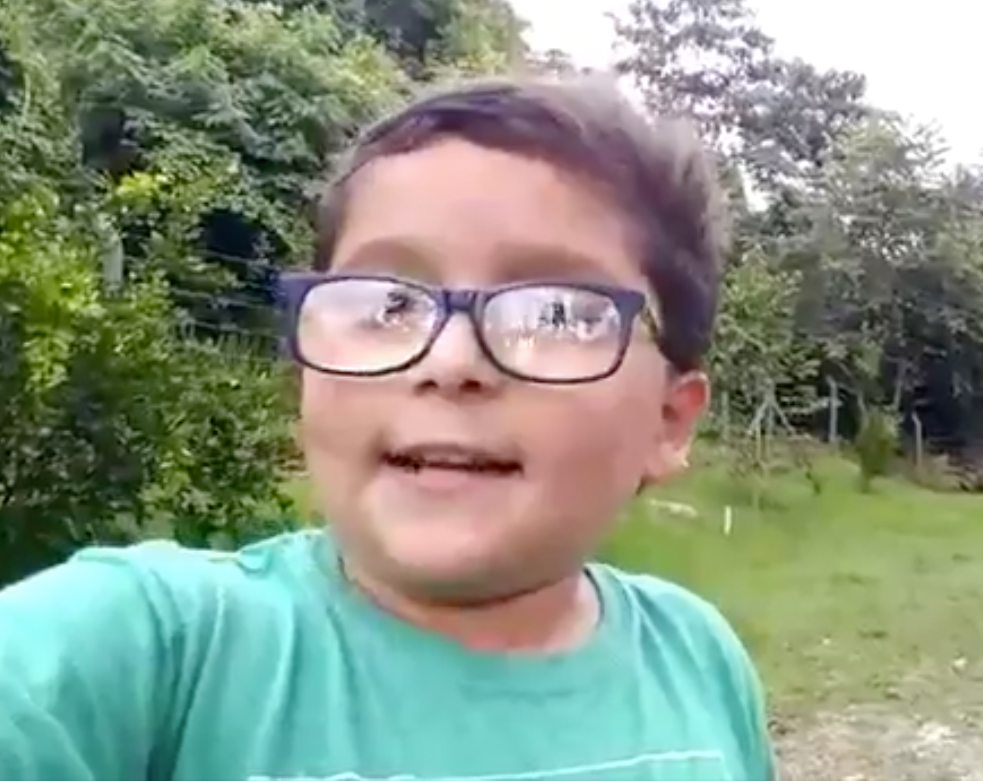 An 11-year-old environmental and children’s rights activist in Colombia says he received death threats after he urged the government to improve children’s access to remote education during the Covid-19 pandemic.

Francisco Vera was sent a death threat from an anonymous Twitter account in mid-January after posting a video calling on the government to better internet connection for pupils learning from home during the coronavirus crisis.

The child activist has since been awarded with a letter of congratulations from the UN for his work, personally delivered by a UN representative who also expressed solidarity with the 11-year-old for the intimidation he has faced.

Francisco’s mother, Ana María Manzanare was the first to noticed  the threatening messages. Ms Manzanare told Columbian newspaper El Tiempo: “I was the one who noticed that message because I checked all of Francisco’s networks. He had already received many ridicules, criticism and insults for his activism in defence of life and the environment, but he had never been threatened with death.”

Colombian President Ivan Duque condemned the threats of violence, and ordered the police to “find those bandits” who threatened Francisco. Police say the investigation is ongoing.

The UN’s High Commissioner for Human Rights, Michelle Bachelet, thanked Francisco for his activism in her letting, telling him that the world needs more young people with his “passion to protect the planet”. The letter also said that the UN agrees that internet connectivity must be improved for children around the world.

Speaking to the BBC, Francisco said he was happy to be recognised by the UN and aims to continue working on environmental campaigns this year, including to try to get single-use plastics banned in Colombia. The 11-year-old has founded his own environmental group and is also part of Greta Thunberg’s Fridays for Future movement.

“Criticism is part of life, and I welcome it as long as it is constructive and respectful,” the student told the BBC. “But there is obviously no place for insults and threats.”

Francisco told the broadcaster that his activism stems from his love of nature and animals. He started off going to protests against bullfighting with his family when he was six years old.

Francisco founded an environmental group called Guardians of Life in 2019. The group began with Francisco and six school friends marching into the centre of his hometown Villeta, collecting litter along the way while shouting slogans about the climate crisis, according to the BBC interview.

Guardians of Life now has more than 200 members spanning 11 provinces across Colombia, as well as followers in Mexico and Argentina.

Villeta is around 90km (55 miles) from Bogotá, Colombia’s capital.