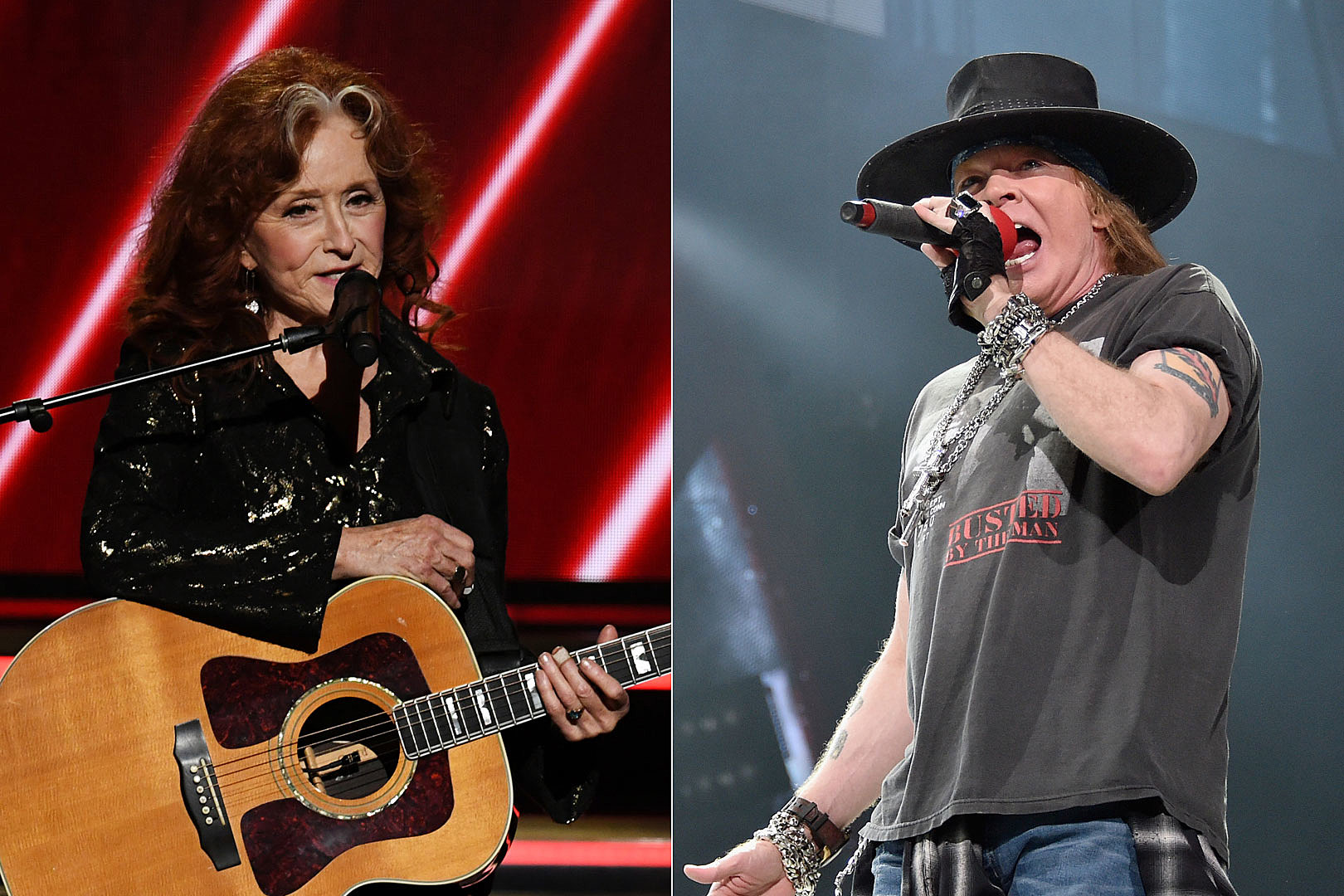 “Maybe they’re seeing something we don’t darlin.” That line comes from Bonnie Raitt’s Grammy-winning 1991 single “Something to Talk About,” but maybe the folks at Two Minutes to Late Night have heard something we don’t … darlin … turning this bluesy jam into a Guns N’ Roses-styled rocker.

He’s recruited Pup drummer Zack Mykula, Masked Intruder’s Intruder Green, Witch Tain’s La Sinistra, A Deer A Horse’s Angela Phillips, Cher’s Angus Clark and wah-off guitar champ Mrs. Smith to transform the song, ramping up the attitude (and cowbell) while nicking a bit of Axl Rose’s vocal delivery in his take on the song. It’s a pretty solid interpretation, showing the strength of the original track’s songwriting even while backed with new instrumentation. Check it out below.

“This is a Bonnie Raitt song. Isn’t that fucking weird,” ponders Hall at the end of the video. Yes, it is, Gwarsenio, but it definitely works.

Raitt’s version of “Something to Talk About,” heard in the player below the cover, hit No. 5 on the Billboard Hot 100. The singer won the Best Female Pop Vocal Grammy for the song in 1992, beating out Whitney Houston, Mariah Carey, Amy Grant and Oleta Adams for the honor. The song appears on Raitt’s Luck of the Draw album.

Bonnie Raitt, “Something to Talk About”