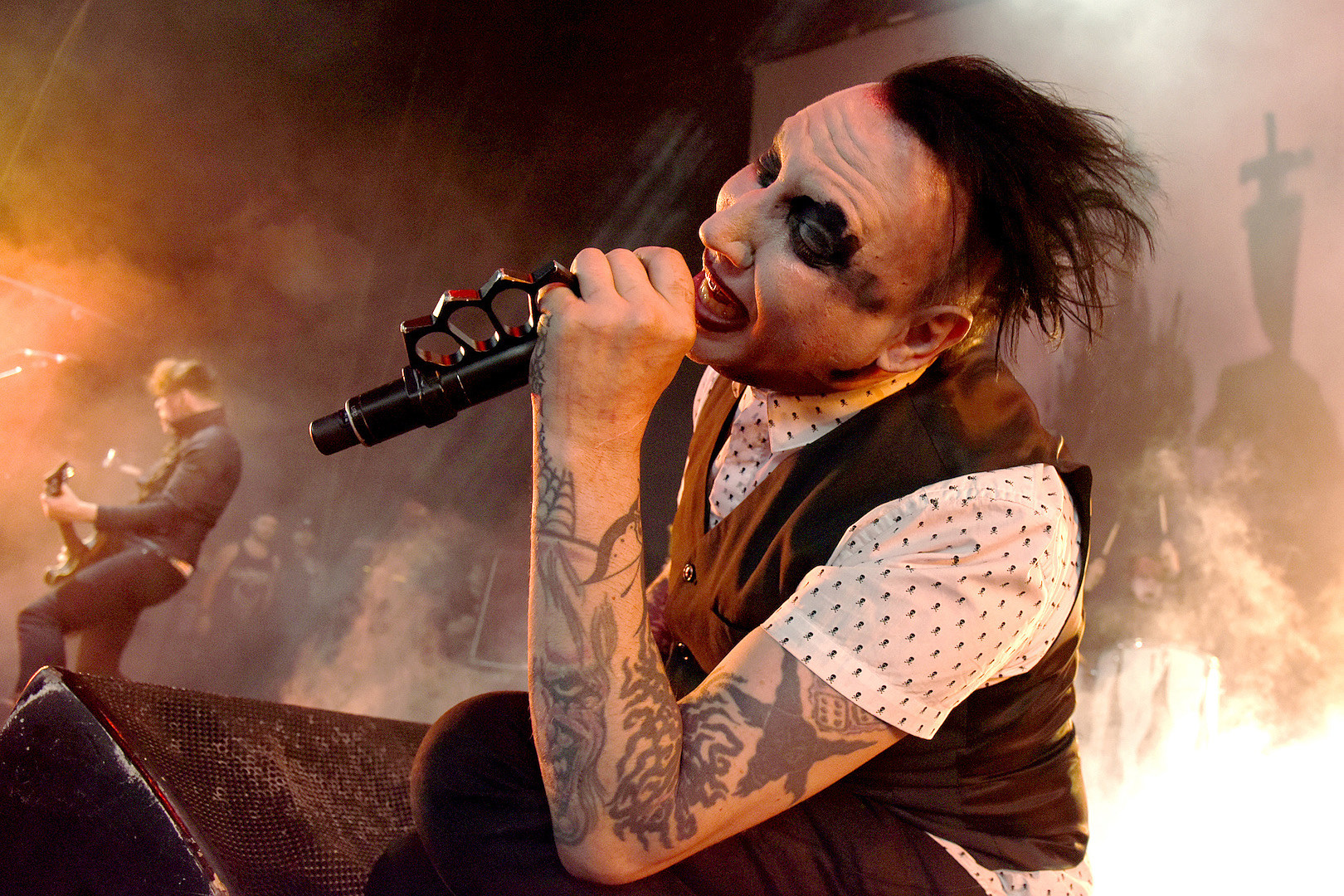 Just last week, there was some head scratching going on as Taylor Swift‘s Folklore album appeared, with the artwork closely mirroring that of Ihsahn‘s “Stridig” single. Now it appears a second similarity with ties to black metal has been spotted, with questions popping up over a Marilyn Manson promo photo.

The black metal outfit UADA were alerted after it was noticed that Manson had posed with his hand covering his face, leaving space for his eyes to view through his fingers.

“Recently we have seen claims of similarities found between Ihsahn and Taylor Swift’s new album artworks. Yesterday we were made aware of a resemblance between our signature ‘Left Hand Path’ presence and the new Marilyn Manson promo photo. Coincidence or do you think mainstream artists are paying attention to the underground,” asked the group, then showing a side-by-side photo as seen below:

While there are artistic similarities between the artwork for Swift and Ihsahn, it’s a little harder to draw a line to whether a hand gesture was inspired by something else. Ultimately, it’s an eye-catching photo that fits alongside some of Manson’s past visual works displaying the singer’s darker nature.

Manson just released the new title song “We Are Chaos” from the album of the same name earlier this past week. The album is due Sept. 11 with pre-orders being taken here.