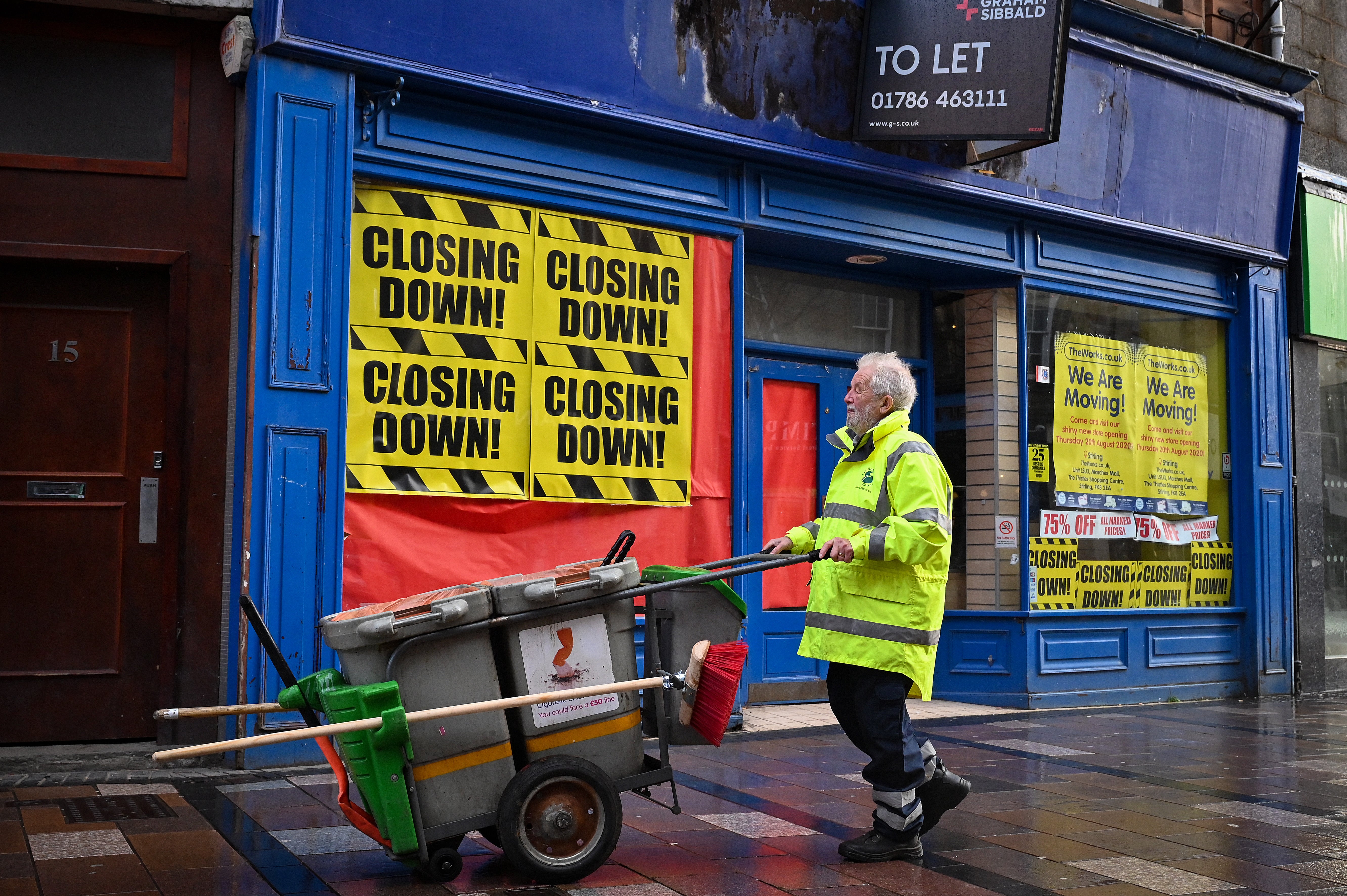 British businesses have urged the government to offer more support to help businesses survive until the spring, with many across the country warning that Rishi Sunak’s offer of grants of up to £9,000 is not enough to prevent mass closures.

Many pubs, bars and restaurants across the country are already on the brink of collapse, having burned through cash and taken on debt to keep going. Few envisaged back in March last year that they wold be here now and frustration at the government’s approach to the crisis is widespread.

The chancellor has announced grants of up to £9,000 for retail, hospitality and leisure businesses with amounts handed out for each property a firm owns. A further fund of £564m has been available for companies in other sectors that will be affected by the lockdown with councils in charge of deciding who gets the money.

In total, the government has aloocated £4.6bn in relief but will it be enough?

Some business owners think not and are urging Rishi Sunak to look again at their specific needs to avoid mass layoffs and an economic disaster.

A £3,000 government grant for the November lockdown covered just 15 per cent of hospitality businesses’ central overheads such as rent and utilities, he says.

He thinks the new grant, which is likely to have to last business owners through January, February and March will be similarly inadequate.

Added to that, the majority of businesses in Birmingham still have not received the November grant from the local authority.

He estimates that as many as 90 per cent of independent hospitality businesses will not be solvent by April when multiple costs are due to hit.

As things stand, a business rates holiday will end and a moratorium on debt also expires meaning landlords can demand unpaid rent while payments for th next quarter will become due. Bounce back loan repayments will start at around the same time.

All of that is before any costs to restart the business such as buying produce ar taken into account.

“To re-open the average venue in Birmingham you would need around £25,000. They simply will not have the cash flow,” says Morgan, who has ploughed £500,000 into his own company since the pandemic began.

“It’s only the businesses with deep pockets that will survive.”

Many businesses usually rely on credit from suppliers who supply them with produce which is paid for when it’s sold. The uncertain future of restaurants means that suppliers are refusing to give credit and insurers won’t supply cover either.

To help alleviate cash-flow problems, he wants the government to stop charging employers’ National Insurance to businesses that have been badly affected by the pandemic.

“It’s insulting to get a £3,000 grant and I then get a bill for nearly £9,000 for NI,” he says. He also believes companies will need some debt relief if they are to keep going.

What is frustrating for many businesses is that the government does not seem to have truly listened to different sectors’ specific needs, instead handing out relatively small amounts of money in an arbitrary fashion, says Morgan.

In central London, Philip  Inzani owns Polo, a 24-hour bar and cafe. All of his target markets – City workers on business lunches, evening drinkers and tourists – have dried up. .

“In terms of support we need something more,” he says. “We had a concession on VAT which is good but we’ve had to spend a lot to make our premises safe. You’ve still got your rent which is still going out.

“Delivery sales have been our salvation but we’ve had to buy PPE, adapt the shop, fit new windows so they could open. It adds up and when you’ve got no money coming in there’s only so far we can last.”

In the row of five shops where his bar sits, two neighbours have closed for good. A third, which is part of a chain, has barely been open since last March.

“I’m looking to Easter in the hope we’ll have some money coming in,” he says.

“I’m pretty much on the brink now. If sales decrease any further in the next week or so I’ll more than likely close.”

The communication from government has been “abysmal”, he says. He looks to his accountants for advice rather than the information on the government website.

Similar stories are legion in the events industry, the arts, entertainment, travel and others. In short, many of the things that bring joy to life once we get through this crisis.

“While one-off grants are welcome as far as they go, hard-hit businesses had been hoping for additional funding to compensate them for lost turnover.”

“Without this, it is likely that some businesses will choose to cut their losses now and be forced to take difficult staffing decisions in the weeks ahead.”

Mike Kill, chief executive of the Night-time Industries Association, agrees that the level of financial aid on offer will not be enough.

“The government must consider further sector-specific support for our industry if it wants to save Britain’s most loved cultural institutions,” he says.

The message from business is clear: “we need more help”.

Before and After: HGTV’s “Home Town” Fills This Dark, Empty Space with Light and Personality

‘We are not coping’: Paramedics warn of deaths as hundreds of emergencies wait hours for help