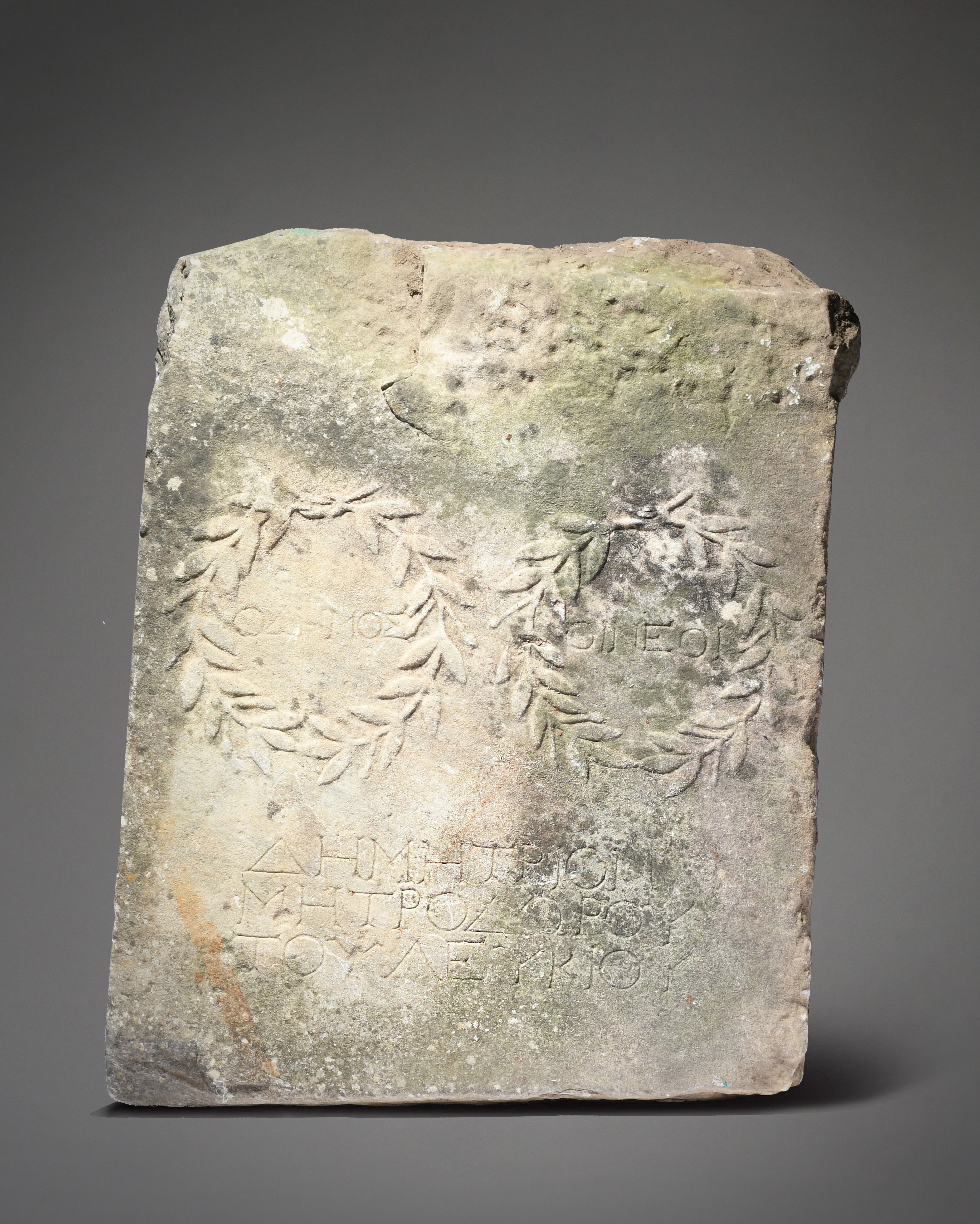 A seemingly innocuous marble slab found in a woman’s garden in Hampshire has been revealed to be an ancient Roman artefact worth up to £15,000.

The woman, who has not been named, found the rock about 20 years ago and has been using it as a mounting block in her stable in Whiteparish for nearly 10 years.

But she decided to have it inspected by a local archaeologist after noticing a laurel wreath carved into the block’s surface.

The relic was identified as dating back to the 2nd century AD, with likely origins in modern-day western Turkey.

The marble slab is now being sold by auctioneers Woolley and Wallis, where it is expected to fetch between £10,000 and £15,000.

“Artefacts of this type often came into England as the result of Grand Tours in the late 18th and 19th century, when wealthy aristocrats would tour Europe learning about Classical art and culture,” said Will Hobbs, antiquities specialist at Woolley and Wallis.

“We assume that is how it entered the UK, but what is a complete mystery is how it ended up in a domestic garden, and that’s where we’d like the public’s help.”

Several bungalows were built in the area in the mid-1960s, and the auctioneers are hoping someone who lived in the area at the time might be able to reveal further details of how the rock might have ended up there.

“There are several possibilities of where the stone might have originated,” Mr Hobbs added.

“Both Cowesfield House and Broxmore House were very close to Whiteparish and were demolished in 1949 after having been requisitioned by the army during the war. But we also know that the house at what is now Paulton’s Park was destroyed by fire in 1963 and so possibly rubble from there was reused at building sites in the area shortly afterwards.”

The tourists who believe travel restrictions don't apply to them

‘Lukaku is like Shaq, a force of nature!’ – Inter striker lauded by Barella